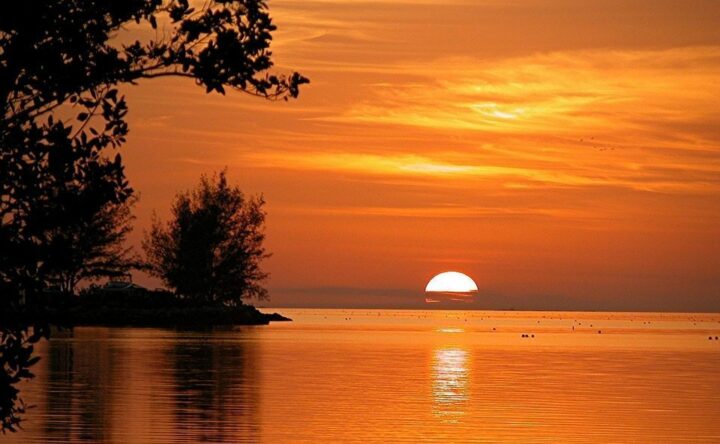 I bumped into Kate the other day. She asked me, “Where are you traveling to next?” “I am going to Key West, Florida with one of my late father’s old friends, Russ,” I said. “We are going on a Road Scholar tour to find adventure. I am taking Russ to Key West Florida – to Experience Ernest Hemingway!

All trips begin with a vision. The hope and promise of travel, the adventure of a new place anticipated like a dream come true. Some are great trips. But, not all journeys end well. If you can accept this, you’ll be okay, when you travel.

Make the Best of Every Day

My latest trip to Key West proved to me that expectations and reality sometimes clash. I made the best of what I had and found the positive every day. My goal was to turn this tough trip into ‘simple’ travel, yes, #simpletravel by using a few simple strategies and a positive attitude.

I rendezvous with Russ, an 88-year-old man, in Key West, Florida to attend a one week Road Scholar program (Key West at Your Pace: Living on Island Time). We were on a two-week vacation and would see other parts of Florida after the tour.

The First Day, I Adapted

Russ cannot see well. The morning of the first day, I watch Russ approaching people in the dining room eating breakfast, asking, “Are you, Jim?”  We sat down to eat. Russ told me he had fallen numerous times over the past few months. After repeating the same question several times, I realized Russ cannot hear well either. I adapted to what I saw and rolled with it.

For a man like Russ, aging is cruel. The daily grind in his assisted living facility is his reality. The facility, is his home, a place he despises. Russ had been on 140 Road Scholar programs! So Russ and I eagerly anticipated the trip. We were doing what we both love.

However unfair, a body aging is an ultimate betrayal. Russ’ bladder is old. Are you with me? Up numerous times each night, he turns on all the lights, bumps into things but eventually makes it back to bed. Is the scene beginning to gel for you?

Have you watched Nightmare on Elm Street? I began to ask myself if Russ could make a grown man cry. Not me. I wasn’t going to be one of those men. I’m not letting Russ spoil my travel. But, we did go through all the bandaids in my first aid kit, found ice in strange places, and frequently stopped for milkshakes. If you are thinking about traveling alone or with someone you might want to read these posts from the site, they might help you decide what is right for you.

If you love Ernest Hemingway’s writing, then seeing his home and a trip to Key West help explain the author, his life, and references. It is worth your time. Do it!

If you visit Hemingway’s home, you’ll see a lighthouse nearby. Hemmingway bought his home because of the lighthouse. It was his beacon home. After staggering out of Sloppy Joe’s bar in the dark morning hours, Hemmingway could look for the lighthouse to make his way home!

Hemingway’s brilliant works included For Whom the Bell Tolls and The Old Man and the Sea. Did you know that Hemingway was present at the Normandy landings?

Hemingway survived two plane crashes! He owned homes in Cuba and Idaho. Ernest died at 61 after he shot himself at his Ketchum, Idaho home. God, what his full life did to him! Let’s not forget his four wives, many adventures, plane crashes, deadlines and literary agents. Hemmingway’s life was amazing.

Just like Hemmingway, Russ married four times. That would kill some men while others would dream to be so lucky. A former Navy man, Russ loved to drink and is a recovering alcoholic. He regularly attends AA meetings and isn’t ashamed to talk about his life. I don’t think Russ ever took a pen to paper, but something is eerily familiar about Russ.

At Hemingway’s home, the pool, the garden, and the serene setting took me back to time lost in today’s fast-paced world. It is the perfect place for a writer to hide out and practice his trade.

What’s my favorite place in the house? It’s the pool.

The story is that Hemingway spent his last funds, about $20,000 to have the pool built. I’m looking at that pool. But why a pool? Why spend your last $20,000 on a pool? Everyone has different priorities. A pool wouldn’t be mine. The pool was one of Hemingway’s passions.

When we got back on the bus, we found that Russ is missing. The tour guide ran back to the house to find Russ and escort him back to the trolley. Whoops, I lost Russ! I had become weary trying to keep tabs on him. The 19 people in our tour group thought that I was Russ’ caregiver! They thought I was his doctor. They called me Dr. Jim and the tour group thought I intentionally left him in the house. Honestly, it wasn’t intentional. Russ just got away from me.

Next Stop The Truman White House

On to Truman’s estate and to see the poker table where Truman played at with his cronies. Truman spent almost six months of his Presidency at the compound drafting legislation, hosting dignitaries, and playing poker. Wow, that sounds like a good life to me.

We had a great trip through the Everglades, which I completely enjoyed. The next near mishap happened when Russ bumped his knee getting off the airboat. After returning to the hotel, Russ tells me, he wants to go home. Russ is sorry he can’t travel anymore. We decided to sleep on it and see what the next day brings.

The next morning all bandaged up and ready to roll, we choose to continue our trip and drive to Ocala rather than home.

I buy Russ an ice cream at a rest stop. The tasty treat seemed to pacify him. When we finished, we go to the hotel to relax.

The next day, I drove Russ five hours north to Ocala. Unfortunately, Russ is mad. I’m about to solve this travel problem.

“Hey, Russ, let me drive you home. I want you to be safe. We’ll have a nice lunch and move on.”  Russ agrees. Problem solved. One and done!

The ride home is quiet. I speak to Russ. I know he hears me – he doesn’t respond. Again, he’s angry. No, it isn’t anger. Maybe he is sad. His age has caught up with him. He’s an old man. Life rushed by him. Russ is doing the best he can. I feel for him and his sorrow that life is passing by, and most likely this is Russ’ last trip. We drive on to Russ’ home.

He mumbles along the way that it sucks to be old. To not be able to see. Or hear. Or move without pain.

Sadly, I know and feel his pain because my mother lives in assisted living and so did my father until he passed last year.

We arrive at the senior home. I hand Russ’ luggage to him. It’s an awkward moment. So, I give him a hug. He says nothing. I ask Russ to take care of himself and thank him for traveling with me. He looks defeated. Wistfully, I watch him walking away.