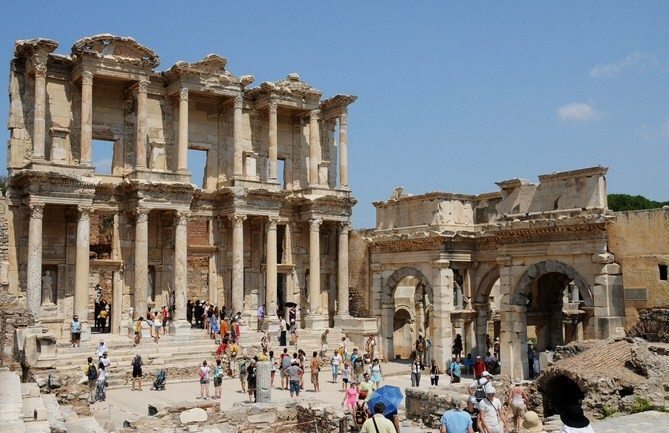 The ancient site of Ephesus, Turkey is one of the best-preserved historic World Heritage UNESCO sites in the world. The Library of Celsus, located in Ephesus, was raised from the rubble to its present state by F. Hueber of the Austrian Archaeological Institute between 1970 and 1978. The famous Library was built to house over 12,000 scrolls and the tomb for the Roman Senator Celsus.  He is buried beneath the library. So when you see Ephesus, Turkey ancient site it’s like traveling back to the past, back to ancient Roman times.

Ephesus, Turkey is more than a ruin but in fact a city that was home to one of the largest and first Christian churches in the world.

The ancient site of Ephesus, Turkey, is featured in the Bible and is the home of the Ephesian Christians (known for purity, diligence and divine love for one another.) Ephesus is located in southern Turkey and is one of the seven churches referred to in the book of Revelation. Ephesus is also one of the hottest tourist sites in Turkey.

Remember therefore from where you have fallen, and repent and do the deeds you did at first; or else I am coming to you, and will remove your lampstand out of its place–unless you repent (Rev. 2:5). Source: Wikipedia

Spokey – words! Must have been a place where the a lot of bad things were happening there. That is a pretty stern warning. 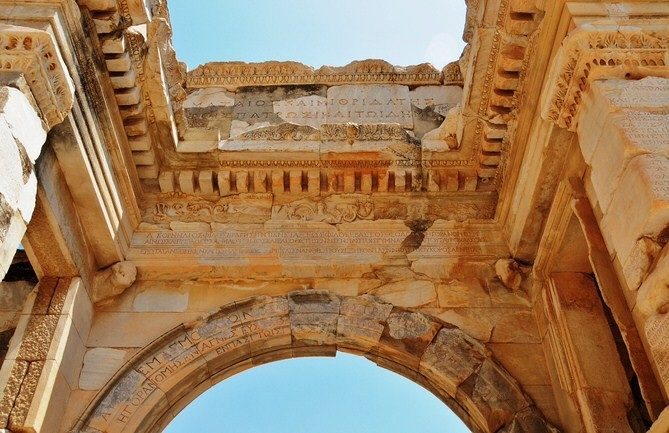 Has Man Changed Much

My guide prided himself on making people laugh at places such as the brothel and toilets. He wasn’t prescribing repentance and said that people continue to live the same way they did in Roman times.  We continue to do the same things over and over. 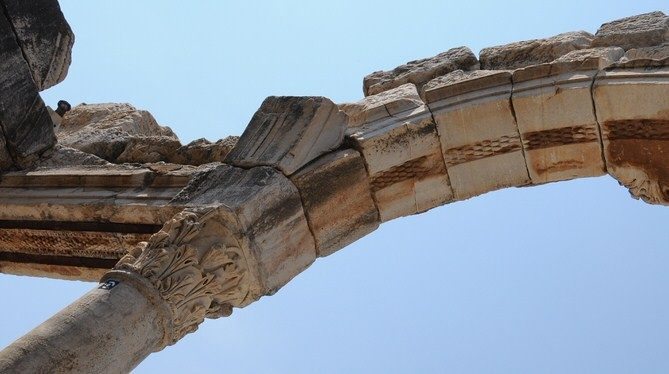 He guides us through Ephesus sharing his Muslim world view. He never mentioned the Bible, that Christians had ever lived in Ephesus or the things that western civilization gained from Ephesus, such as libraries, courts, toilets, spas, and markets. We explore the geography, history and artistic landmarks and their significance. He mentions that global warming started in Ephesus and that the Roman baths destroyed the forests that once were here. 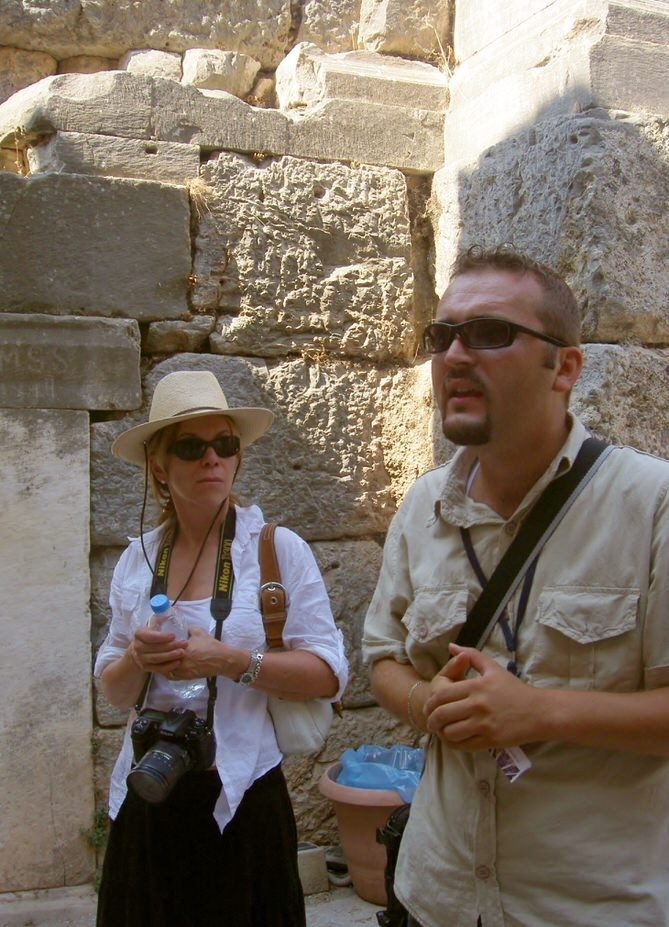 At least a thousand people visit these ruins daily. Amazingly, the ruins remain in excellent condition. People visit here from around the world. With millions of visitors throughout the years, these landmarks remain very well preserved, a testament to Roman engineering and the Turkish government’s and UNESCO’s support. 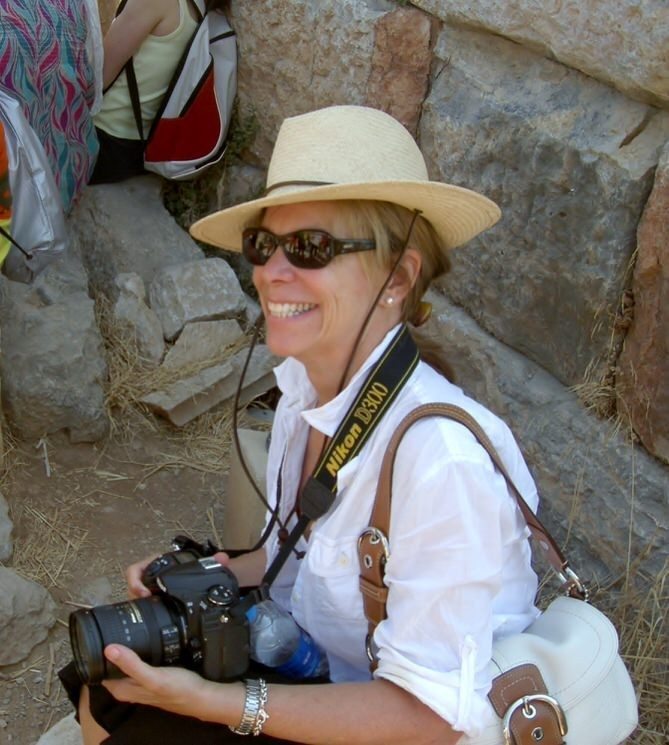 The Couple from Iran

Talking to a couple from Iran, makes me appreciate Ephesus, Western European culture, and our Roman roots and tradition. It made me understand how much I share in common with this couple. Maybe it also shows how much I sahre with Ephesus, Turkey Ancient Site. 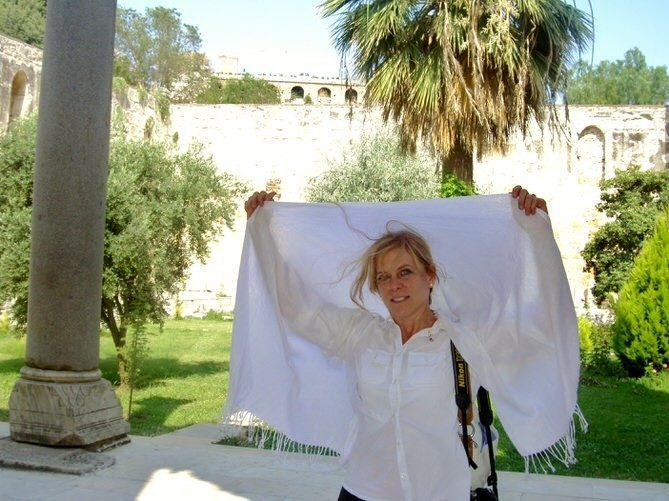 A Compliment In Turkey and the Middle East

I compliment the lady from Iran about her white scarf, and she thanks me for the compliment by giving me her scarf. No matter what I do, I can’t refuse her gift. She reaches into her purse, puts on a green scarf and hands me her white scarf.

She walks with us down the path and helps me put the scarf on to protect my face and hair from the sun. What happens at that moment linked us together because of our shared interest in Ephesus and her sense of kindness. I don’t want to reject her gift, and she wants me to accept it. Ephesus brought us together, but her customs and traditions and my willingness to listen and accept her gift make our time in Ephesus memorable.

My neighbors at home are Iranian. I don’t know a lot about Iranian culture, but this experience in Ephesus and what I have seen at home are very similar. Ephesus is memorable to me because of the Iranian women. I have experienced the same warm hospitality at home from my neighbor.

At the Library of Celsus in Ephesus, four statues on the façade create the entrance to the library and mausoleum. The Muses are thought to represent Wisdom, Knowledge, Destiny, and Intelligence. It was built by Julius Aquila In memory of his father, Celsus Polemaeanus of Sardis, Roman Senator and Proconsul of the province of Asia.

What is most interesting to me are the four virtues and how the three virtues Knowledge, Destiny, and Intelligence create the 4th virtue which is Wisdom. I think that is still true today. Maybe we need to focus more on Wisdom. 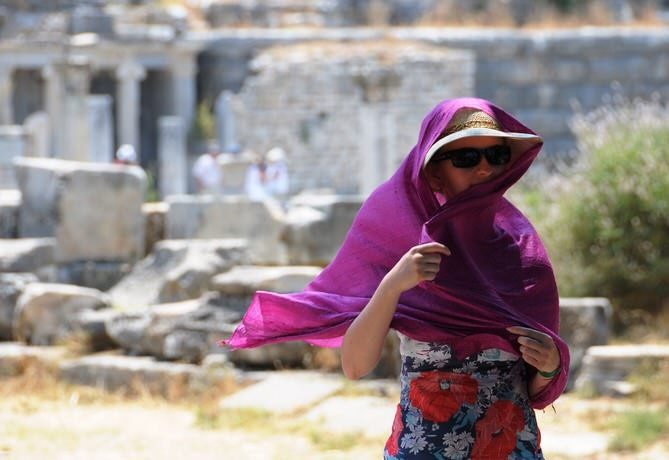 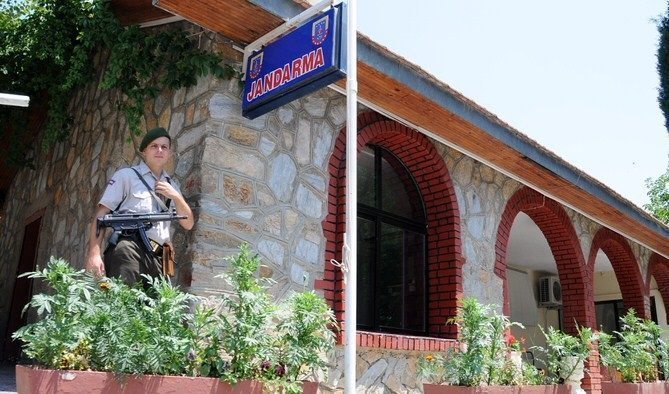 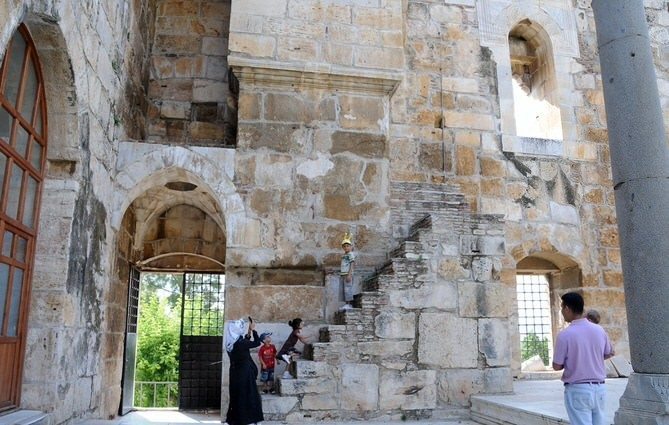 Love mommy taking pictures of kids playing and exploring. Love dad watching. 4 kids – they are all so young. God love these parents and give them patience.