Two Thirds of Turkish Kids Live in Poverty in Turkey 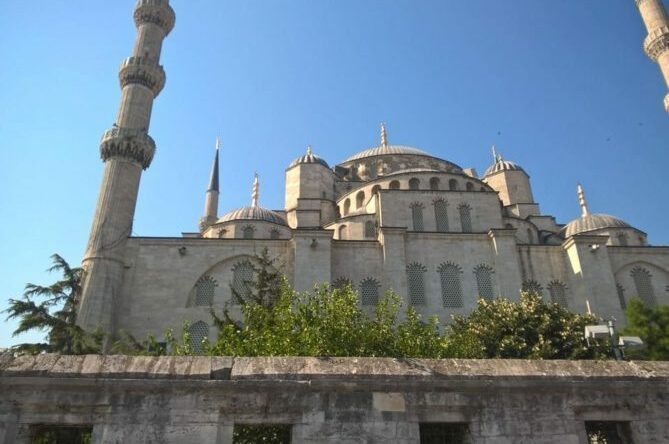 What Tourist Need to Know About Turkish Street Boys

Little Turkish Boy Back On The Streets

Arjun always wore the same clothes. He had two outfits. After a couple of months of talking to him and taking him to the police, my heart was somber for him. A young medical student from South America came by and checked him out. She spoke to me kindly, offering some moral support. Patting him on the back, she asked, “Baba or daddy? Mamma or mommy?” Once again, a Turkish man asked if he could translate for us.

Kids Sleeping on The Street

This time, Arjun was very groggy. Maybe he was drugged. When he woke up, we took him to back to the police station. He wasn’t happy, and the police laughed at his reaction. Arjun told us he was Turkish, not Syrian and his mother left him here now at night instead of just during the day, like before.
“You need to go to school,” the police told him. He said, “Yok, never!”

The Problem is That Tourists Give Arjun Money

What’s important to know is that the more people give Arjun money, the more he was left on the street to beg. If he doesn’t get money, because he looks too old or too healthy, he won’t be sleeping on the streets anymore. He is on the streets precisely because he looks young and helpless. The merciful tourists feel sorry for him. The tourists pity him and think we are showing compassion by helping him. The problem is that the visitors give Arjun money. The police said, “The problem are the tourists who give him money. If the visitors didn’t give him money, he wouldn’t be sleeping on the street. Tourists think they are charitable. The tourists, by giving him money, have turned him into his family’s ATM. He is their money source.”

If you want to give a donation, give to a mosque or church

Each time we found Arjun, the police took his money and donated it to the Blue Mosque for the poor. He was poor, but his family was using him. The Blue Mosque and all the mosques help the poor in their neighborhood. If you want to help the needy you see on the streets, make a donation to a charity. Charity is important to Muslims, but giving directly to this little guy just keeps him on the street.

What will happen to Arjun 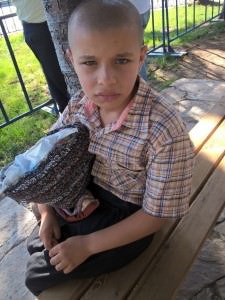 Unfortunately, when he becomes older, Arjun won’t be left on the streets anymore. He will work the street scene and maybe sell books to tourists. I believe what the police said. What I observed was that after we took his begging cup, or bag, away, Arjun eventually stopped coming back. If he couldn’t make money, he would do something else. The police told me to take his photo. They think that maybe by taking his picture, Arjun will stop coming to the street.

What mother does this

I wanted to ask his mother why she was doing this. But the answer was obvious. They are poor. Or were they? This family made enough money off their child. They drove to sleep on the streets in an SUV. I asked Arjun to take me to his mother.

To me, this is child endangerment. This child on the street wasn’t good for Sultanahmet’ s reputation, and most importantly, it’s dangerous for this little boy. This happened a few more times. It broke my heart.

It is terrible to leave a boy on the street like a stray dog. He wasn’t a dog.

Little Turkish Boy Back on The Streets

Again, That night I went to dinner at a place that has communal tables. There, I met a woman about my age and told her about the little boy. She happened to be a reporter from Al Jazeera. We talked about it because she had seen things all over the world.

The woman pointed out that I may have made Arjun’s world much worse because he came home with no money or container to use for begging. His consequences may be worse than being on the streets.

She was right, we had noticed that now, instead of a container, Arjun had only a plastic bag to use for begging. Then he a used paper cup.

Where would I find him next?

The police told me that people without Turkish ID cards can be dangerous.

Don’t get hurt by trying to be too helpful

The police said, “You will get hurt if you attempt to help these people. There are a lot of people here that aren’t from Turkey. They don’t have ID cards, they can be criminals, they can be dangerous. Individuals who do this are not good people.”
“Ok,” I said. “I will just keep an eye out for only him, no one else.”
I never saw Arjun again.