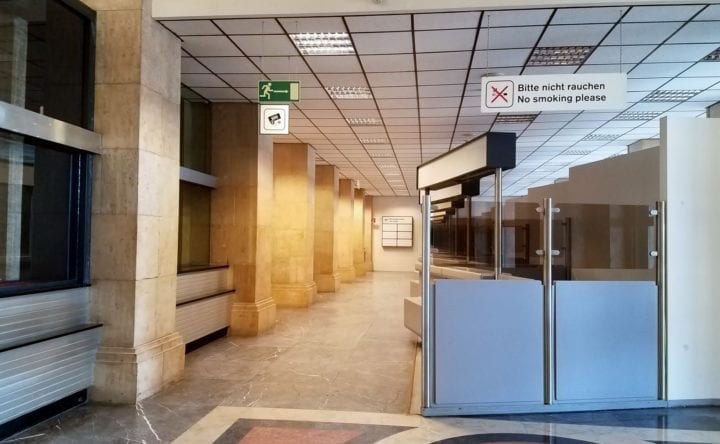 What makes America great? We build our American brand by standing for certain core beliefs, being strong and standing for the less fortunate. This story is about my visit to Tempelhof Airport, Berlin, with my friend Klaus and about the history I learned. At this abandoned Nazi Airport, I learned how brave American soldiers genuinely are, what makes America great, who American veterans are, and what they did to save Berlin from famine by providing supplies after WWII.

The story behind this abandoned airport was news to me, but not to my friends in Germany. Especially Klauss who took me there and wanted me to see the abandon Nazi airport. On this day, as I write, it seems only fitting to recall the story, so we all remember these heroic efforts. 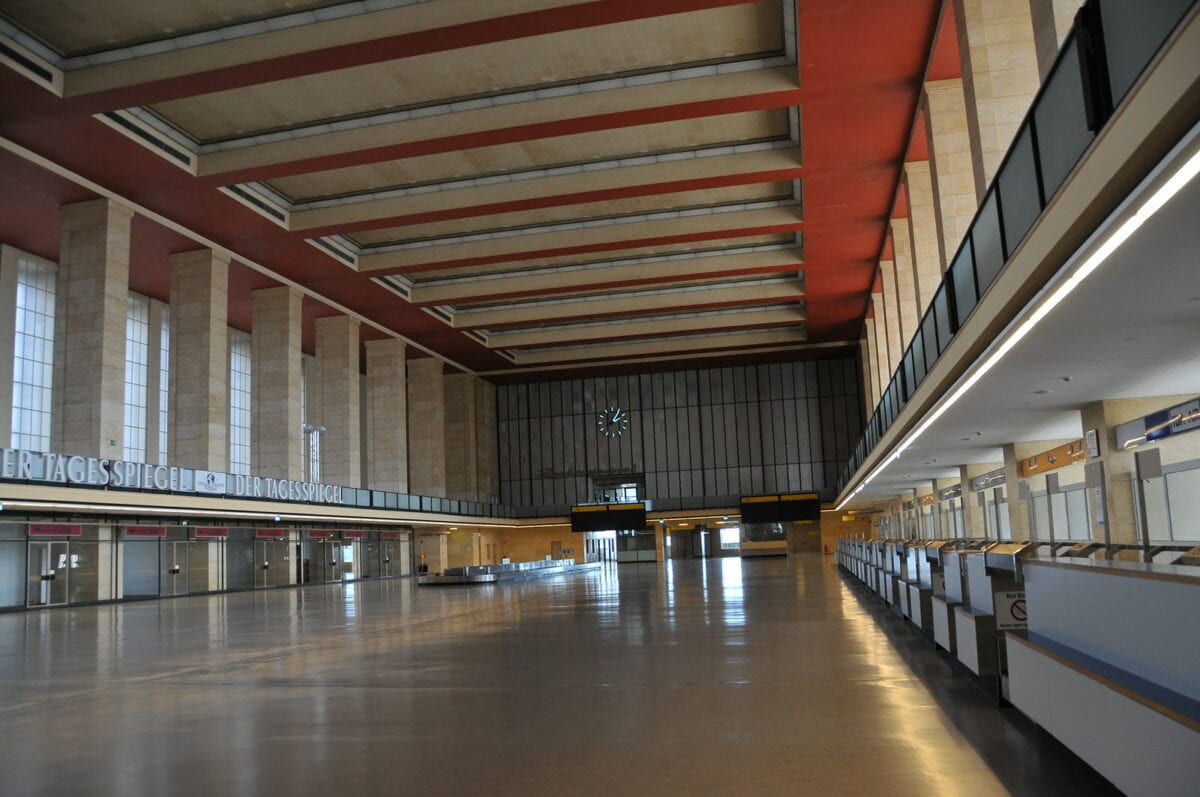 America has done some fantastic, brave feats to help people in other countries, but rescuing the people of Berlin from famine after WWII might be among the bravest. The Tempelhof Airport in Berlin is the abandoned Nazi airport. It is also where America launched a mission to save Berlin. Today German’s and precisely the people of Berlin, still talk about American soldiers and their bravery. 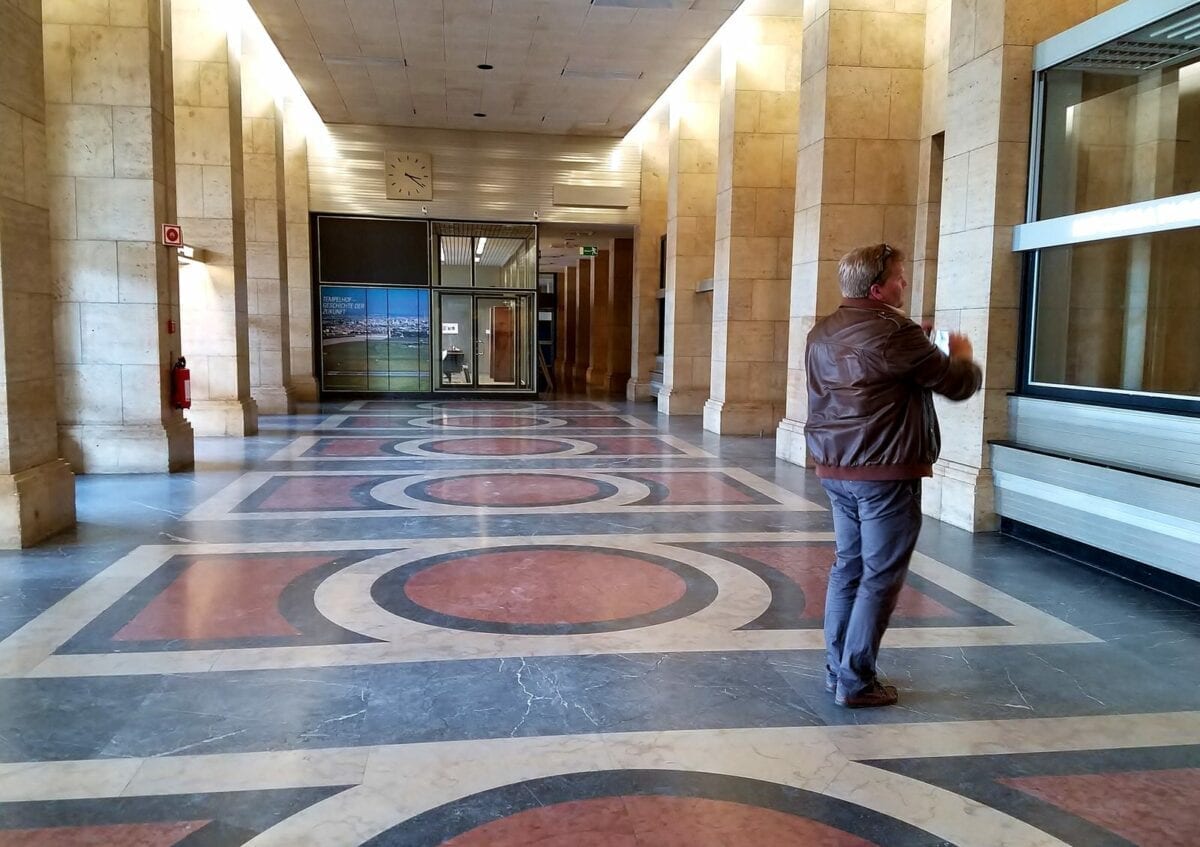 Hilter aimed to build the ultimate airport. It was never finished and remains unfinished today. My friend Klaus and I went to see it for ourselves. The largest airport of its kind is now abandoned and used as the largest refugee camp in Berlin, Germany. 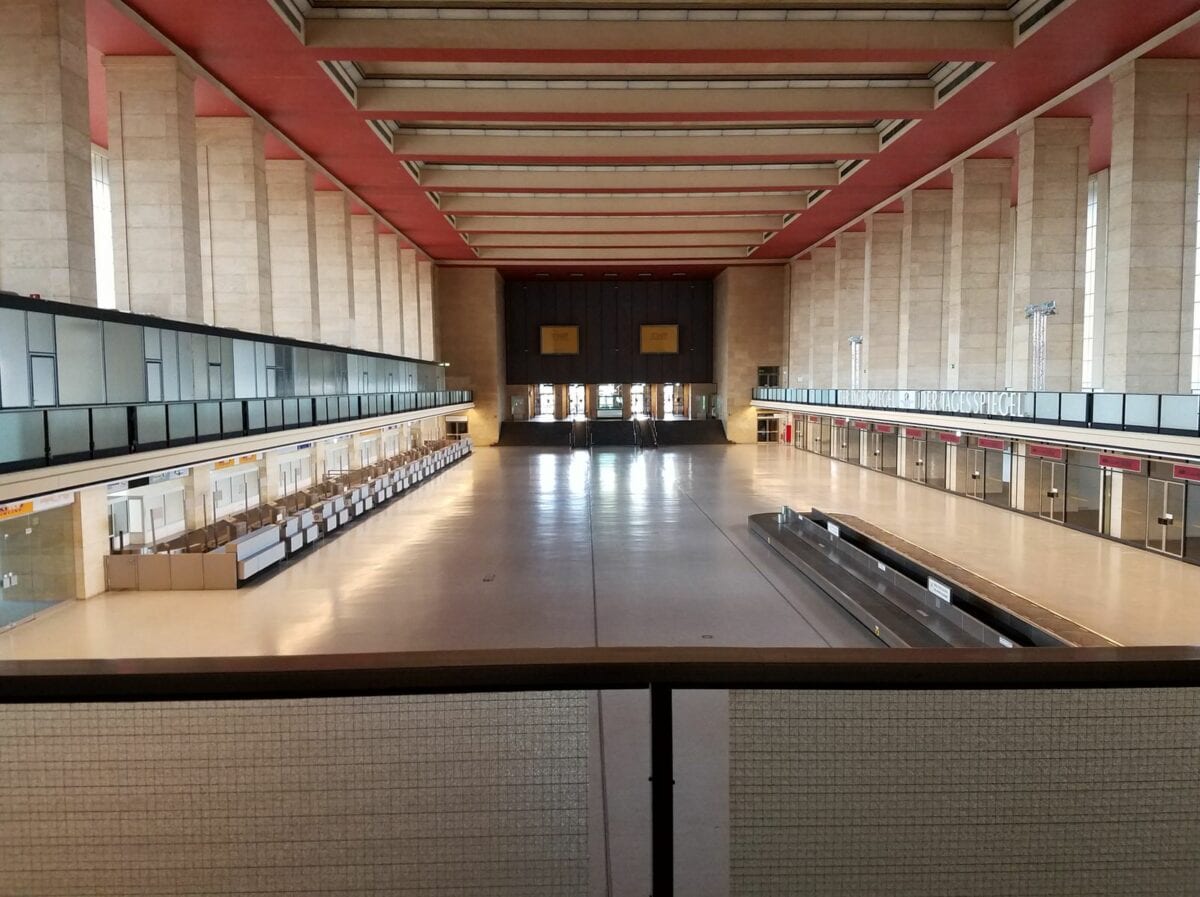 Tempelhof was designated as an airport by The Ministry of Transport on October 8, 1923. The old terminal was initially constructed in 1927, but never used. In anticipation of increasing air traffic, the Nazi government began a massive reconstruction in the mid-1930s. The airport was never finished and looked like a trip back in time to Nazi Germany. I am not glorifying this period, but rather it is an architectural artifact of a horrible regime. We saw welcome signs and counters ready to welcome travelers as if we were in walking through time back to the 1940’s. 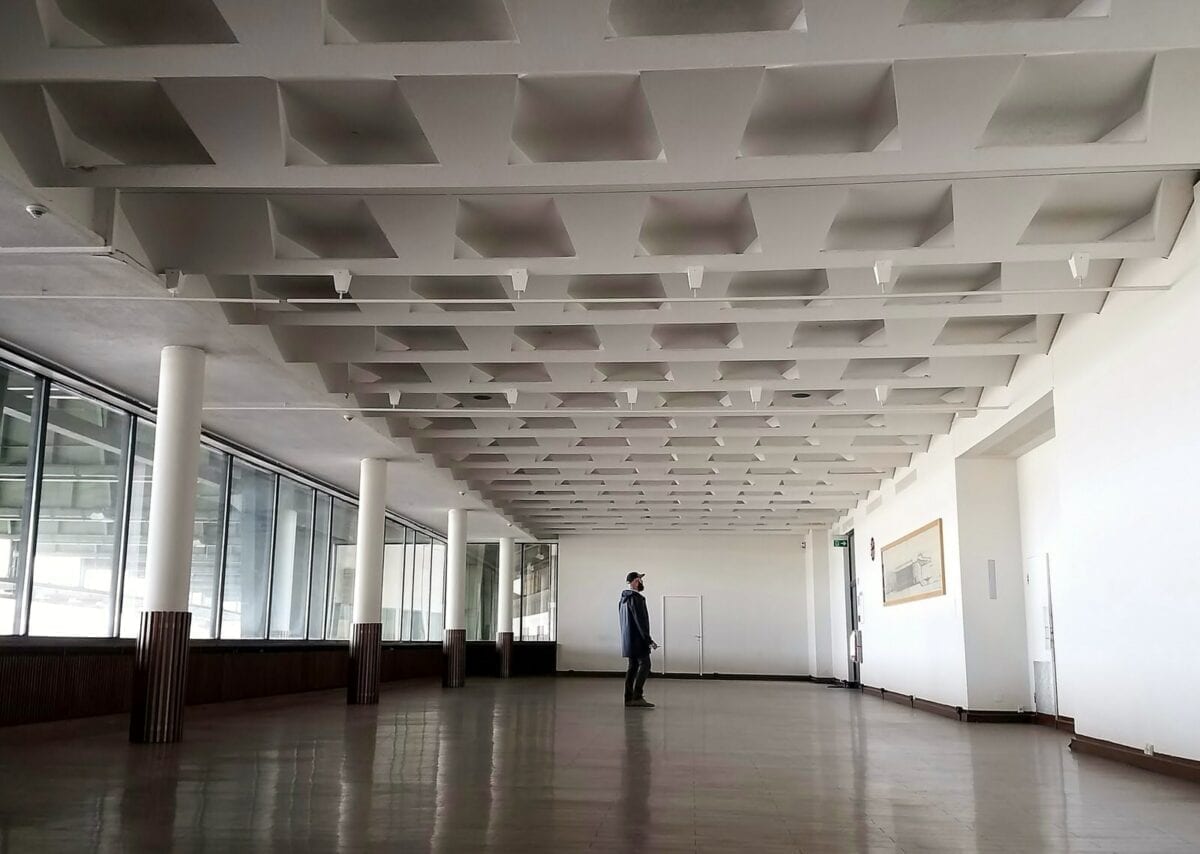 Tempelhof was one of Europe’s three iconic pre-World War II airports, the others being London’s now defunct Croydon Airport and the old Paris Le Bourget Airport. It acquired further iconic status as the center of the Berlin Airlift of 1948-49. 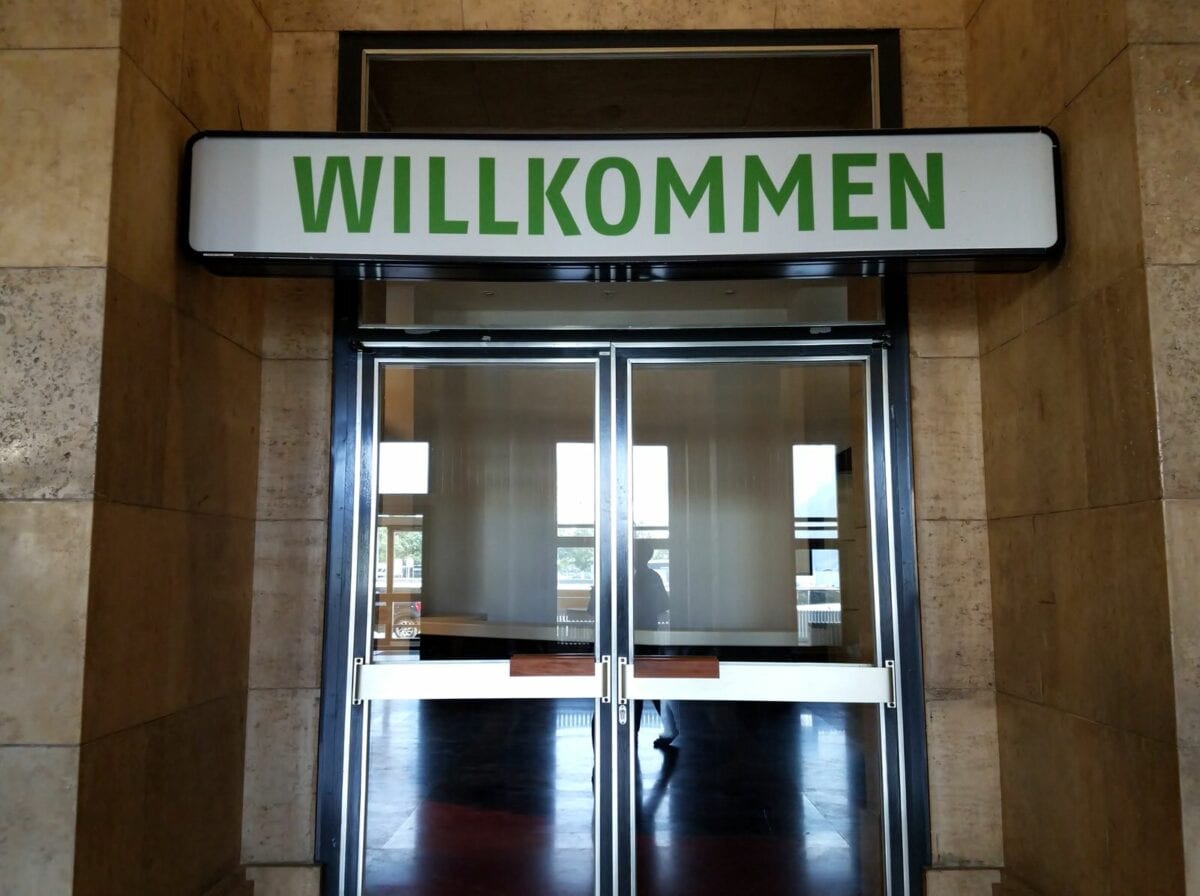 We saw the airplanes that the Americans flew to drop supplies to the people of Berlin. They operated the aircraft below the radar and instead of retreating, the U.S. and its allies decided to supply their sectors of the city from the air so that the people wouldn’t starve. This effort was known as the “Berlin Airlift’” It lasted for more than a year and carried more than 2.3 million tons of cargo into West Berlin. (according to History.com)

On June 15, 1948, the Soviet authorities announced that the Autobahn, the highway connecting western Germany to Berlin, would be closed indefinitely “for repairs.” Then, they halted all road traffic from west to east, barred all barge and rail traffic from entering West Berlin. Thus, the blockade began. 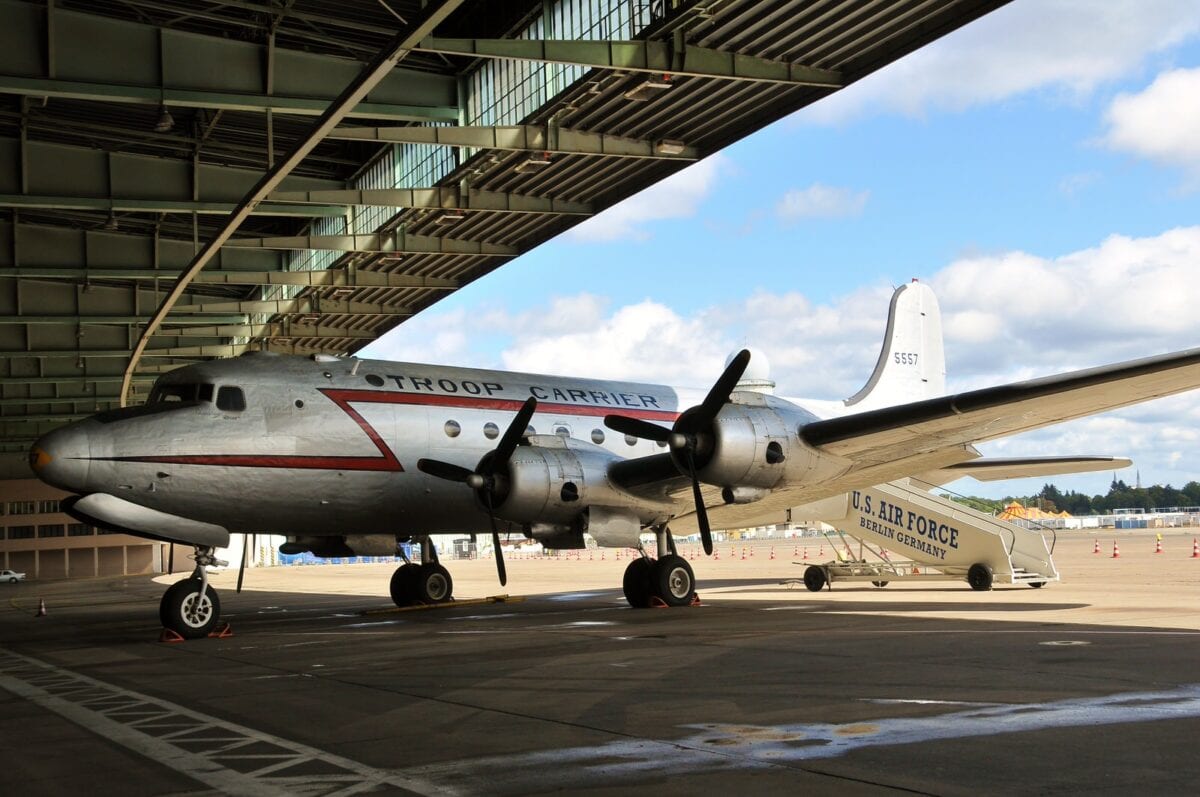 What made America great was it’s will to save West Berlin. At the beginning of the operation, the planes delivered about 5,000 tons of supplies every day. By the end, those loads had increased to about 8,000 tons of supplies per day. The Allies carried approximately 2.3 million tons of cargo throughout the airlift. During the Berlin airlift, an Allied supply plane took off or landed every 30 seconds. The aircraft made nearly 300,000 flights in all.

The Soviet blockade of West Berlin had failed by the spring of 1949. 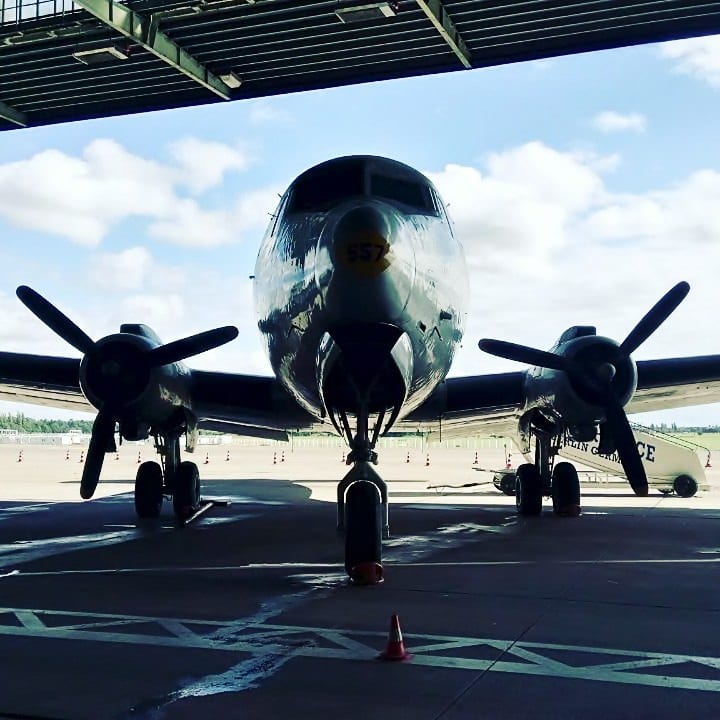 Lufthansa was Born from Ashes

One other interesting fact about this airport and museum is it once was the occupied by Lufthansa, which was an aerial photography company.  The League of Nations had outlawed aerial photography of countries. The film and records stored in the basement of the Nazi airport were hidden in plain sight. As the war ended, it was clear; the war was over. Hitler had killed himself, and the German’s had lost the battle, the archives set on fire burned for months. No one tried to stop the fire the hot chemical burning blaze. We walked the charred remains and abandoned air shelters . Lufthansa was born from these ashes. 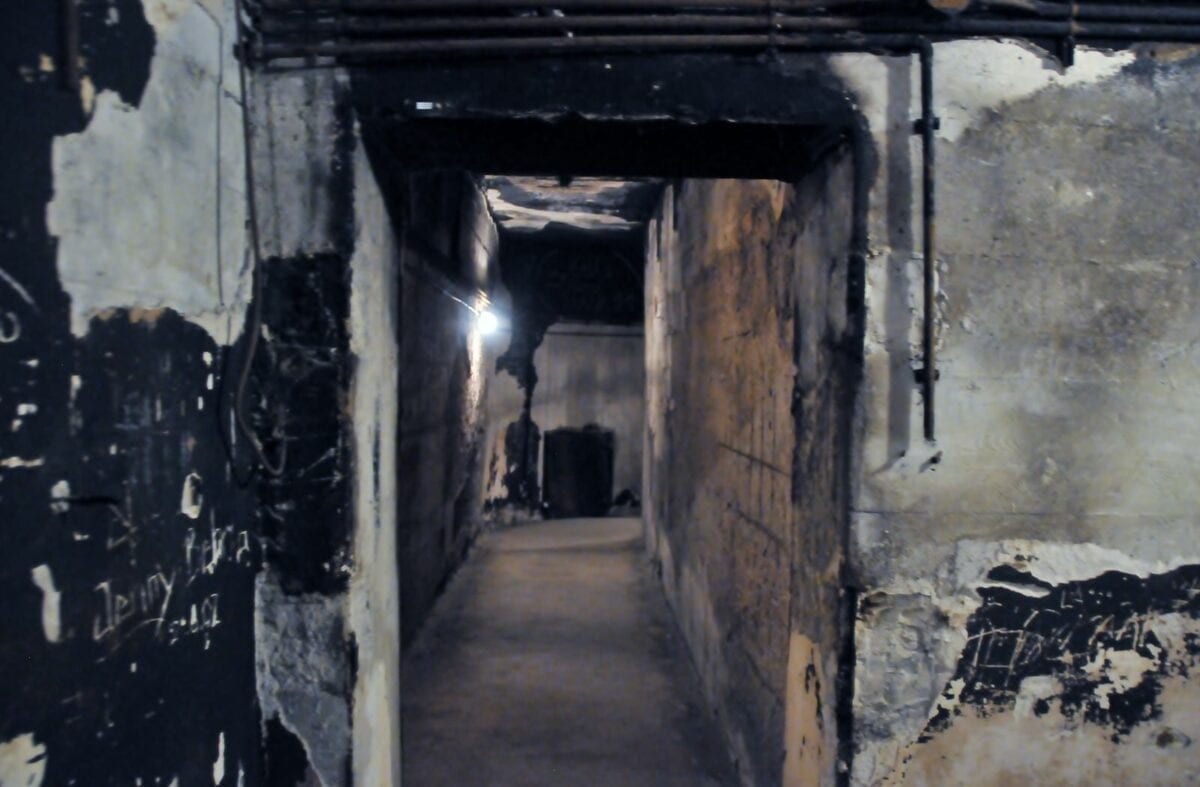 From my point of view, a mission like this is what makes America great! Let’s put politics behind us; let’s focus on the American veterans and the Allied forces that made us amazing and proud to be Americans. Thanks to all that serve and those who have served. I hope this story does justice to all the brave military men and women, first-responders and police that keep us safe. 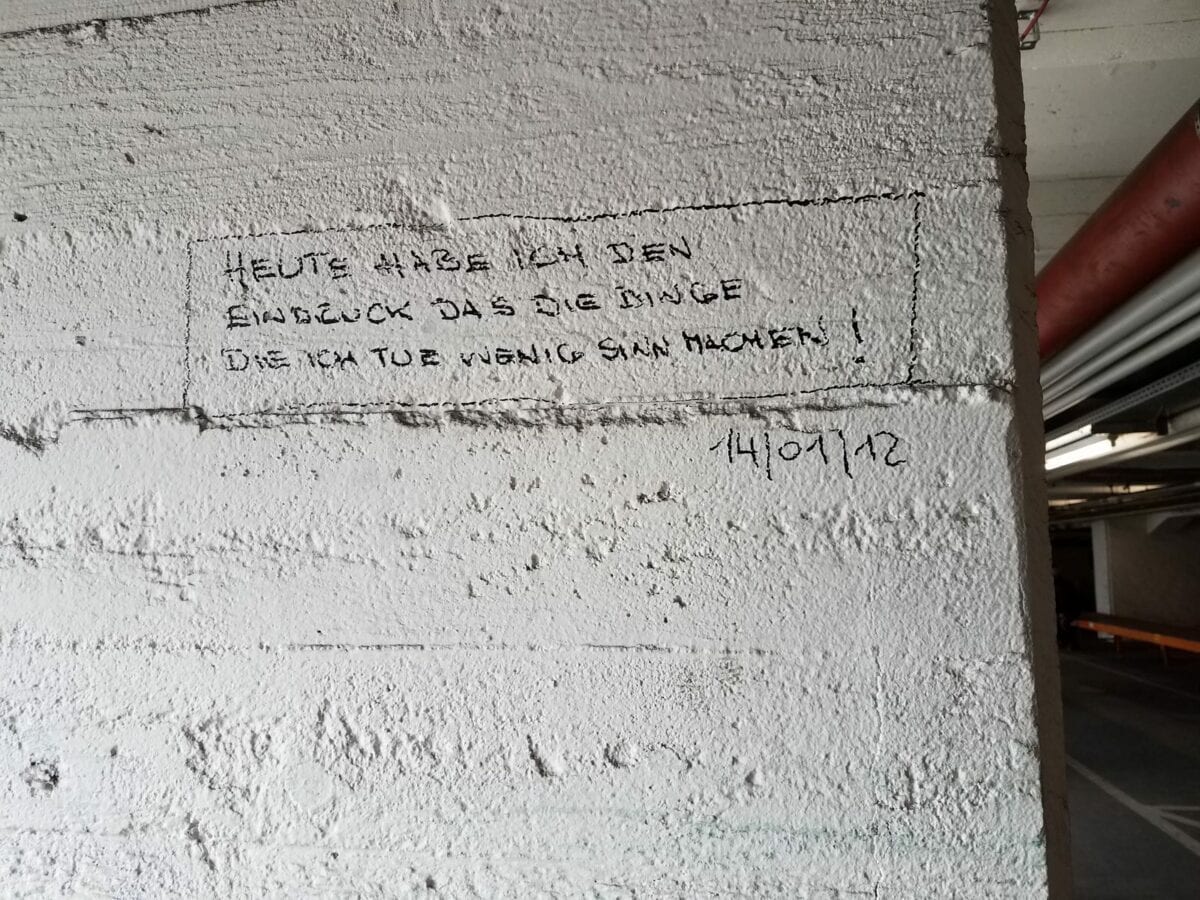 If you want to see my Berlin Itinerary here, it is.

Travel tip suggestion: How about taking a boat trip down the Spree

← Previous Story Work, Travel, Explore Asia at the Same Time
Next Story → 4 Easy Ways To Save Big On Airfare