Reflections on President Obama - Where in the World is Kate 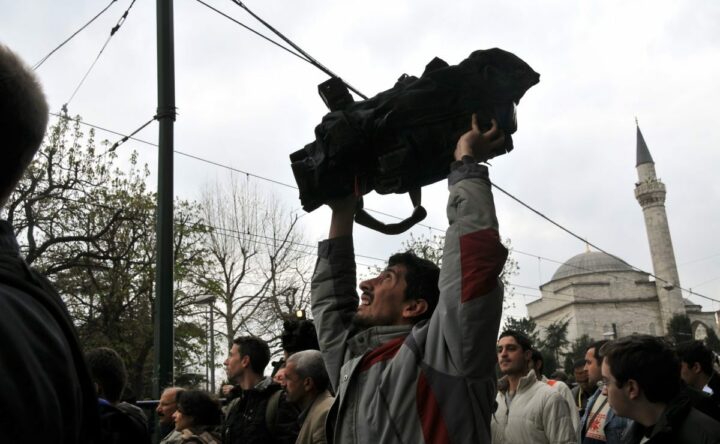 The security he endured every day to stay as safe as possible while protecting himself, me, my rights and leading America forward was incredible.

Funny how one moment, I experienced change my world view.

Around the time of President Obama’s Noble Peace Prize, on Obama’s first trip abroad, he went to Istanbul. As he started his presidency, no one could imagine what he would be forced to deal with as president.

His day one started like many other presidents, with a walk, then being sworn in as the 44th president. But upon reflection, how could he know what he would have to deal with which would be more than most Presidents.

The President dealt with an economic crisis, killing Bin Laden’s, Sandy Hook Elementary shooting, and ISIS terrorist attacks around the world and in the USA. To serve is a great sacrifice.

How Can Anyone Be Prepared to be President?

No one can be 100% prepared to be president, to be Commander in Chief, to send our children to war, to deal with natural disasters, and political strife.

Hope – Yes We Can

My hope is this that we respect the Office of the Presidency and give the new President Trump the opportunity to lead a peaceful transition to show the world what America stands for in the World.

We stand for peace, peaceful transition of power, and that all people are respected.

Demonstrate if you must, but hear out and give President Trump a chance to lead. Upon my reflection on Obama, I believe he taught us to Hope, to Believe and to Care about each other.

President Obama slogans were – Change We Can Believe in, Hope, Yes We Can. From my point of view, his slogans are about America, not a campaign. I still want to believe!

In reflection, President Obama is right. His slogans reflect our values as American’s. Here is my story of what I learned about the Office of the Presidency and my reflection on Obama, in Istanbul Turkey.

My Sincere Thank You, President Obama!

My travels happened to take me to Turkey at the same time as the President’s arrival. Everyone knew he was in town, and visiting the historic sites. When President Obama arrived in Istanbul to visit the Hagia Sophie security seemed non-existent.

The day before there weren’t any particular safety measures. Therefore, I didn’t expect to find many changes in my daily routine. After all, I was in a foreign country, and things are done differently all around the world.

What no one knew or fully comprehended, is the level of security that would be necessary to protect the President while he was in town. I had my big camera, I woke early and decided to walk around before dawn to see what changes happened overnight.

Here is what I saw and experienced. At first, everything seemed normal. As the pre-dawn light shows the streets were empty.

What I saw and experienced seems surreal in hindsight. At first, everything seemed normal. As the pre-dawn light shows the streets were empty.

The quiet streets of Istanbul, Turkey

Everything changed when dawn broke as if a stage set was changing before my eyes.

Security flooded the streets, barricades went up, and the press descended on the small area.

The Police marched in to the secured area. Somehow, probably because of my large camera I was shown into the security area for photographers and began to take photos of the President’s arrival.

After dawn broken, and say everything in the full daylight, I realized how much had changed. The press arrived, security, police, and troops were now everywhere. Wow somehow, I was on the inside watching the press pool.

In my wildest dreams, I have no idea how this happened. To my surprise, the police just kept waving me through the barriers. So I entered. Then suddenly, the amazing arrival – of – the leader of the free world began.

If you had been there, it would change your view of the Office of the President. It made me realize it is more than a person it is a concept. It is a belief in peace, transition, and the rule of order.

This first-hand view of our President in a foreign country, flooded my heart, my head, and all my emotions. I was standing on the inside, in a place, I shouldn’t be.

Immensely grateful that somehow, I was past the gates and fences. Close to the President, my heart thumped so loud you could hear it.

Then the President arrived.

The security now surrounded every entrance and exit – we were surrounded by tanks and troops. Honestly, quiet my heart, I felt scared, because I felt more security meant I was less secure not more secure.

And more importantly, I was part of a moment in history.

My camera and I were close to the President and everything he stood for as an American.

All this for a 15 minute visit. Hard to believe that anyone can live with this much security and lack of personal space.

If this is what – it means to be president, I would say, I don’t have the nerve to be in this state for long. My nerves couldn’t take being the president. Having been this close to his world was nerve racking.

Because of this moment, I respect who every is president. He or she has my respect because of what they need to do every day in our name and for me.

At last, the president’s arrival and his short visit, over in fifteen minutes and just as quickly gone without a trace. The procession moved on to another location. Just as suddenly, the streets of Istanbul cleared. Everyday people filled the streets.

Life in Sultanahmet resumed as if nothing happened.

My feeling is to have a servant; we call President of all the people is unique, an American gift. To watch a moment in President Obama’s life touched my heart and mind. My sincere reflection on President Obama is he is a man of sacrifice, dedication, and endurance.

My final thought is President Obama was a servant; he was the President of all the people. Our President is uniquely American, no other presidency compares. To watch a moment in President Obama’s life touched my heart and mind.

President Obama is he is a man who sacrificed for all of us, his dedication, and endurance is vast.

Sincerely, Thank You, President Obama. Thank you for all you gave me and the country. I am proud to be American and to have lived during this time in history.

Life goes on even in the middle of a presidential visit