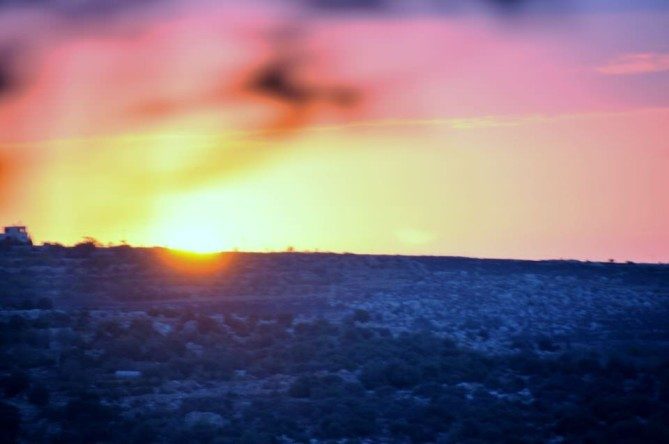 Early Start on the Road to Ramallah, awakening to a beautiful sunrise over Jerusalem, I prepared for my trip from Jerusalem to Ramallah Palestine. I had a full day planned. You might wonder Why I Wanted to Photograph Palestine well I loved it here. I suggest Don’t Wait – See the Top 14 Spots in Israel and Palestine,

I got back on the #24 bus to meet my driver Elias.

Today he was taking me to Ramallah, Palestine, to visit Arafat’s Tomb, the Defense for Children International office which is an NGO (a non-profit government organization) and a Palestinian TV station.

St. Mark’s church had set up the introductions and the interviews. My mission was to interview and photograph the work of the Defense for Children International organization for the sponsor, St. Mark’s Church Bishop’s Committee.

As we left and headed to Ramallah, I noticed how compact Jerusalem appeared. I could see in the distance, the gold dome that marks Jerusalem. 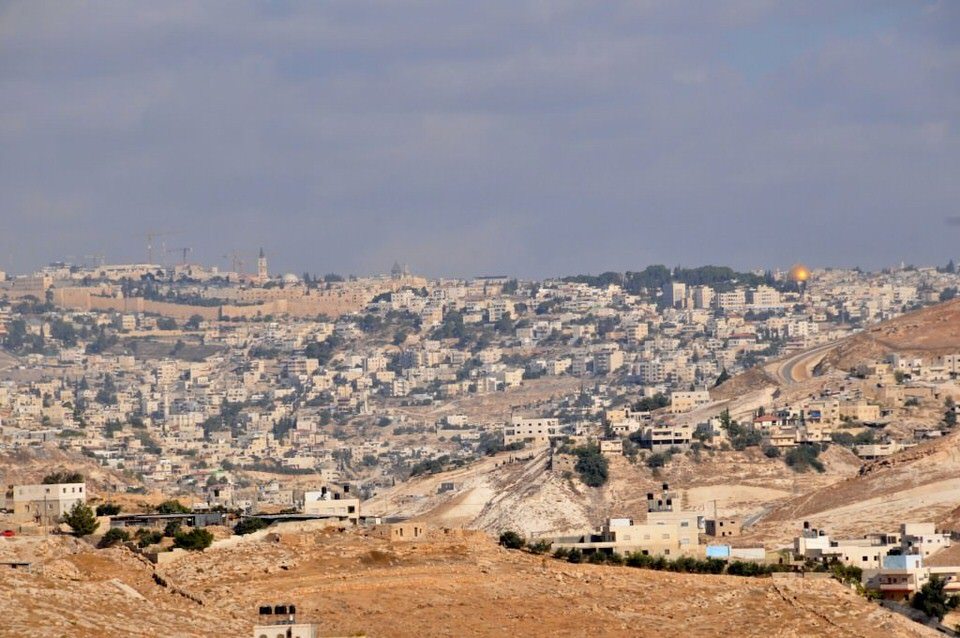 Jerusalem on the way to Ramallah, Palestine

As we drove to Ramallah, Elias pointed out Bedouin campsites. The Bedouin don’t care about the boundary lines between Israel and Palestine. The Bedouins go where their herds and the animals take them regardless of whose territory it is. The Bedouin rule their destiny. 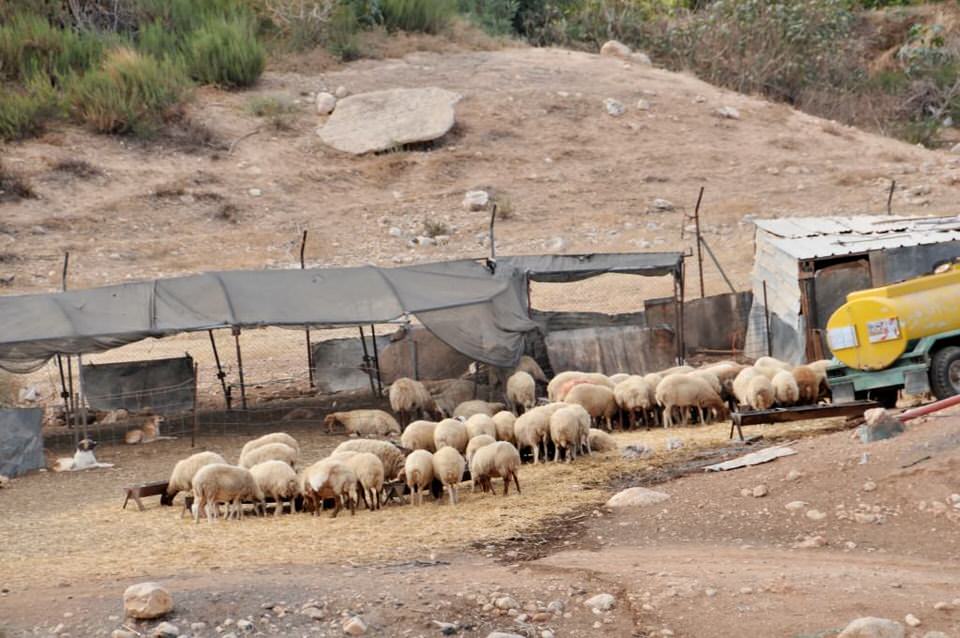 Along the way, I saw a donkey taxi station or parking lot. Here, people come to the bus stop by donkey. They park their donkey for the day and head in to downtown Ramallah, Palestine, which is the IT tech hub of Palestine.

As many as 25 donkeys are tied up along the roadside waiting at bus stops for their owners to get them after a day at work in Ramallah or other towns. The countryside bus stop is a vision of old ways meeting the 21st century. 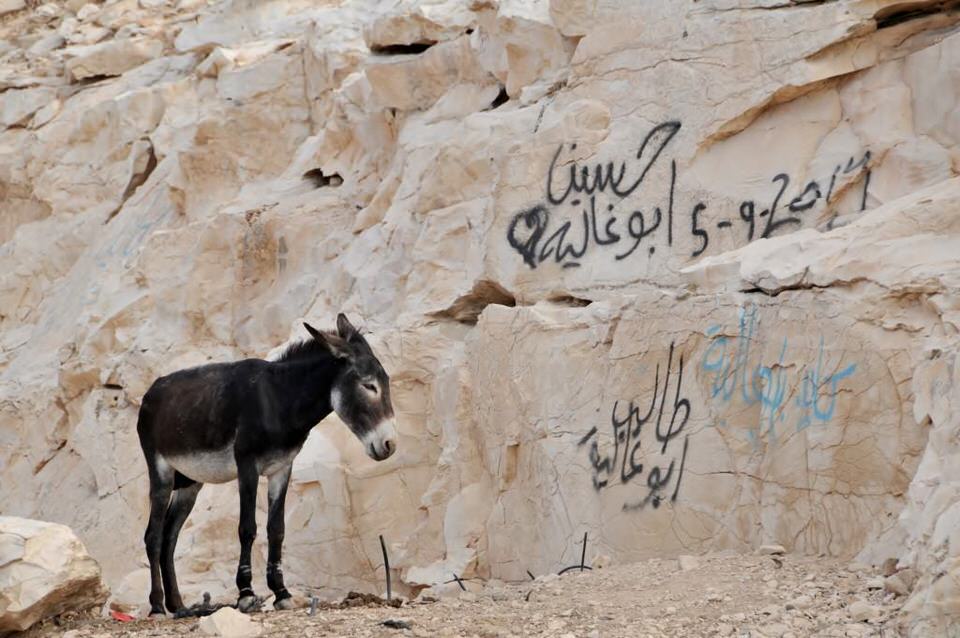 A donkey waiting patiently for its owner

The Wall Between Israel and Palestine

The wall surrounded us, as far as we could see. The wall divides Israel and Palestine. The Wall is the same type of wall that is proposed in the southern states of the USA to protect against illegal immigrants.

Wall between Israel and Ramallah, Palestine

The wall completely dominates the landscape of Ramallah, Palestine. dominates the borders, the horizon and the roads of the area. Checkpoints dot the wall with armed soldiers. It is a massive wall that is always present and a harsh reminder of the division between Israel and Palestine. 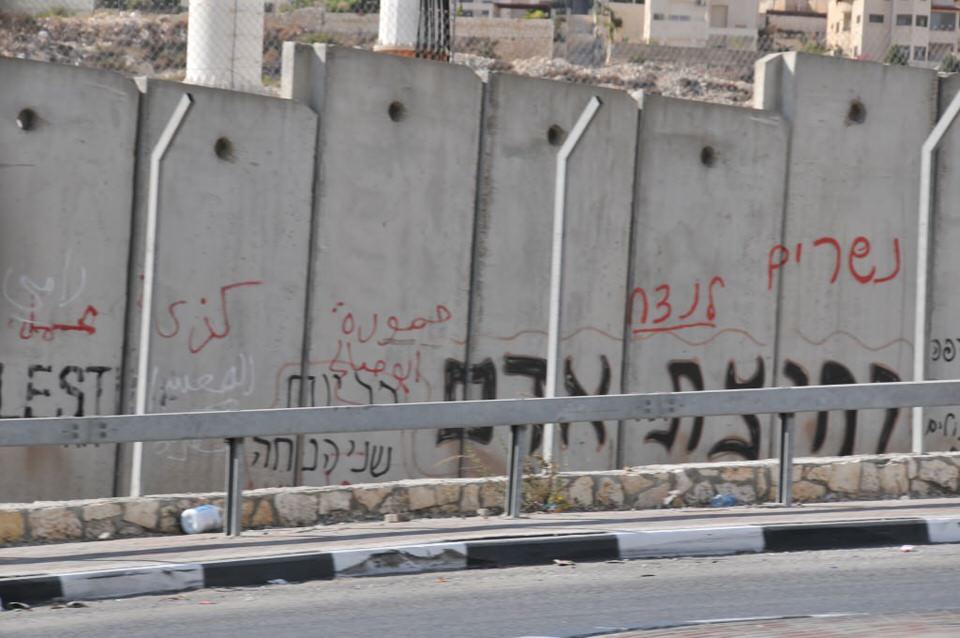 The dividing wall along a major road in Ramallah, Palestine 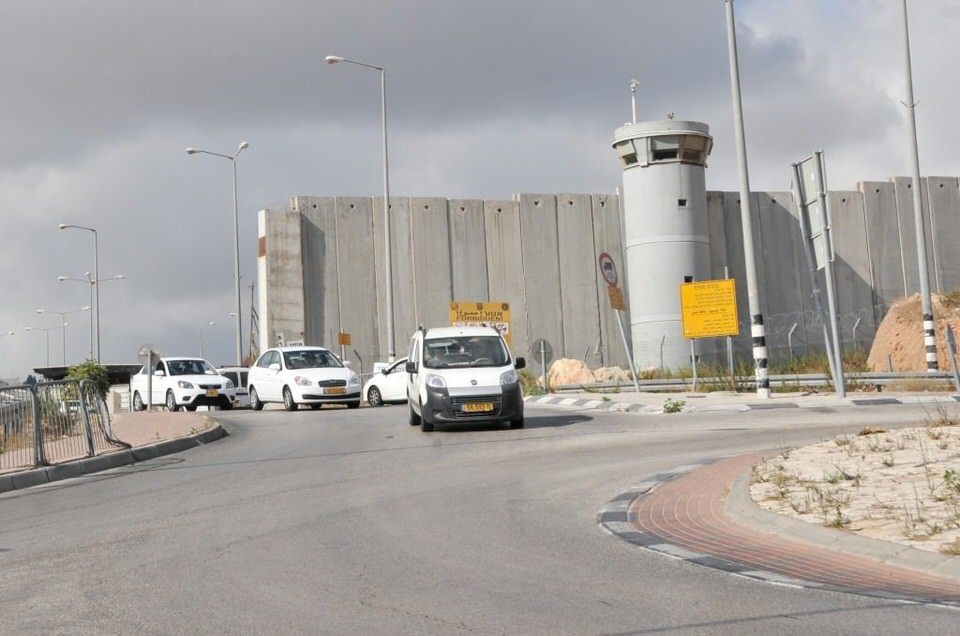 I was told to put away my camera and not to take photos when we crossed the checkpoint. Elias said we were not stopped at checkpoints because the authorities could tell that I was a tourist. I believe him. All he did as we drove by was wave at the guards at each checkpoint.

Water – The Critical Resource and Commodity

Getting to Ramallah took me through the West Bank. Israel on one side and Palestine, on the other hand, was the political divide between Palestine and Isreal as big as the Atlantic Ocean.

Water determines life in the desert. The availability of water and access to water determines life’s difficulty level for the people in this area. Even with the designation of being a UNESCO World Heritage site, Ramallah still struggles with basic essential needs for all of its population. Being designated as a World Heritage site helps to encourage tourism and protection of the cultural heritage of the local people. For a more in-depth analysis of the Unesco designation, read this article by Steven Erlanger from the New York Times. What Does Unesco Recognition Mean, Exactly

When I was there, it was dry and hot, but it’s always like this in a desert. Water was scarce. Elias pointed out the water tanks on the rooftops of the buildings. The Palestinians store their water there. Power comes on a few times during the day to heat the water, but the sun warms it also. Israel’s point of view is that they have spent a massive amount of money to help the Palestinian people and that they have provided more water (actually, sold them more water ) than was agreed to in the latest interim agreements. The Palestinians disagree, so the Israelis and Palestinians have their own “Watergate.” 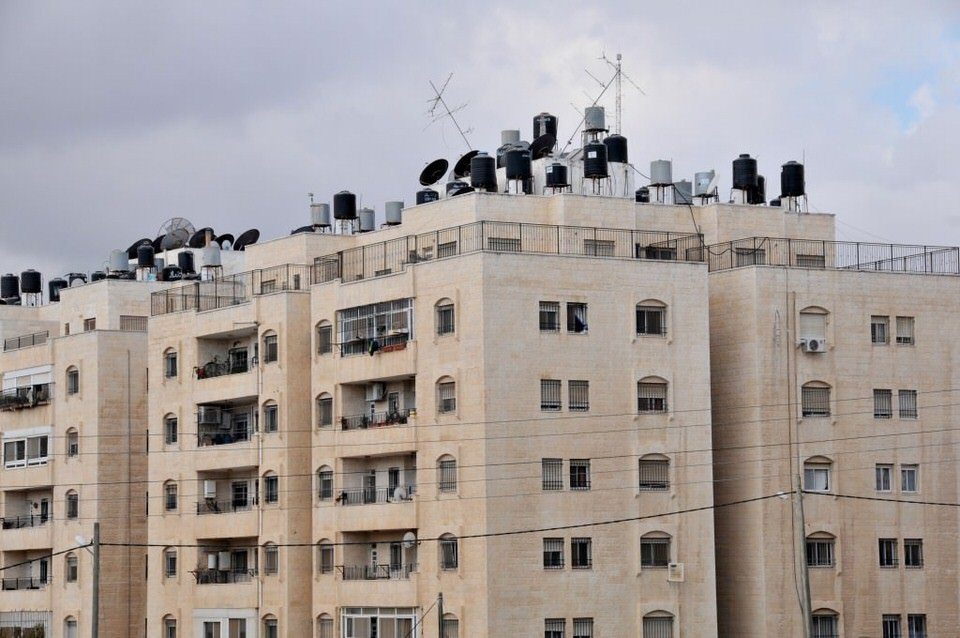 At Yasser Arafat’s Tomb Elias stayed behind with the car. Yasser Arafat was the long-time Chairman of the Palestine Liberation Organization. I got out with my camera to see Arafat’s Tomb, but couldn’t believe I was going to the tomb of such a controversial figure.

As I started to walk, I was met by a man in uniform who you can see in the photo.

“May I escort you? He asked.

“Sure.” I don’t know if this is customary. But he was well spoken with a British accent, made a sweeping movement with his hand point the way and slowly walked with me to the tomb.

The Officer, asked me where I was from. I told him that I was from the USA. He smiled.

When I got back to the car, I asked Elias if that was a little strange. “Yes.” He said.

“You were by yourself, if people come here, they come on a tour or with a group, they don’t travel alone,” Elias said.

“The guard assumed you must be someone special, important because you came by yourself, which is very unusual. No one comes to Arafat’s Tomb alone.” Elias said.

More than likely, I caught the man off guard.

Elias then took me to Defense for Children International, a non-profit organization(NGO as commonly referred to) that defends the rights of children in this region. Children in Palestine frequently run into legal trouble with the military guard.

Each Palestinian child’s case is documented and is brought before the United Nations so that it is recorded. This same process was used during the conflict in Northern Ireland. Today as in those days, both groups focus on the rights and justice for the children as a way to bring resolution to the conflict. The team defends the rights of children through every legal means to ensure justice for the Palestinian children. By using the law, they hope to find a peaceful way to fight for justice for all the people. 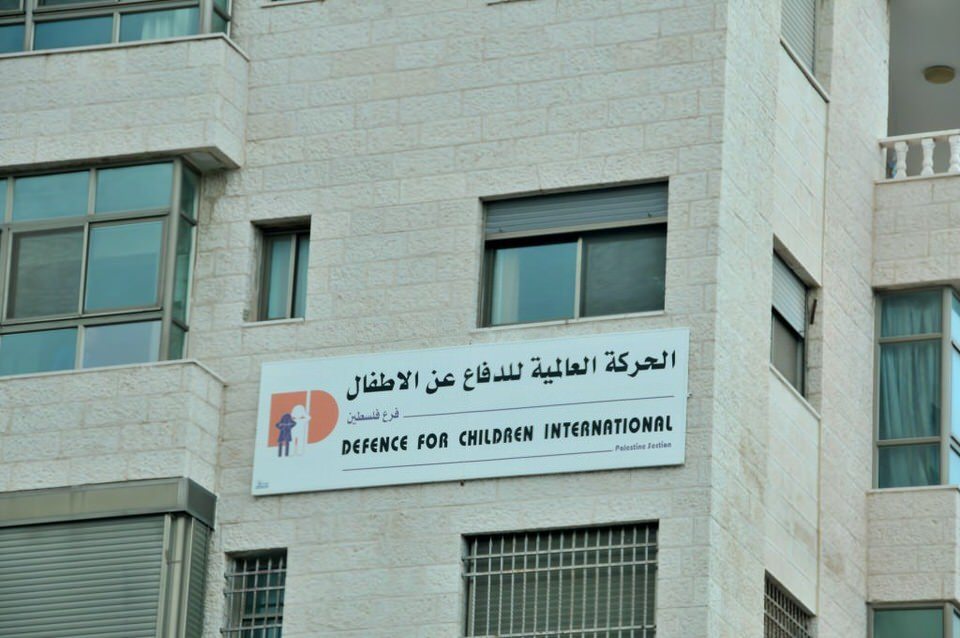 The group’s charter is not to fix the political situation. The Defence for Children International documents and protects the rights of children by exposing social justice issues. The United Nations then hears their legal argument and actively participates in finding a resolution. In Northern Ireland during the conflict known as “The Troubles” from 1968-1998. This strategy eventually figured out a way to end the violence and built a peace process. Hopefully, this process will work here too.

The group focuses on individual children’s cases. They work diligently to safeguard the legal rights of the Palestinian children. The Defense for Children International is successful in protecting children by focusing on civil the rights of the children.

We left the offices and drove through the town. 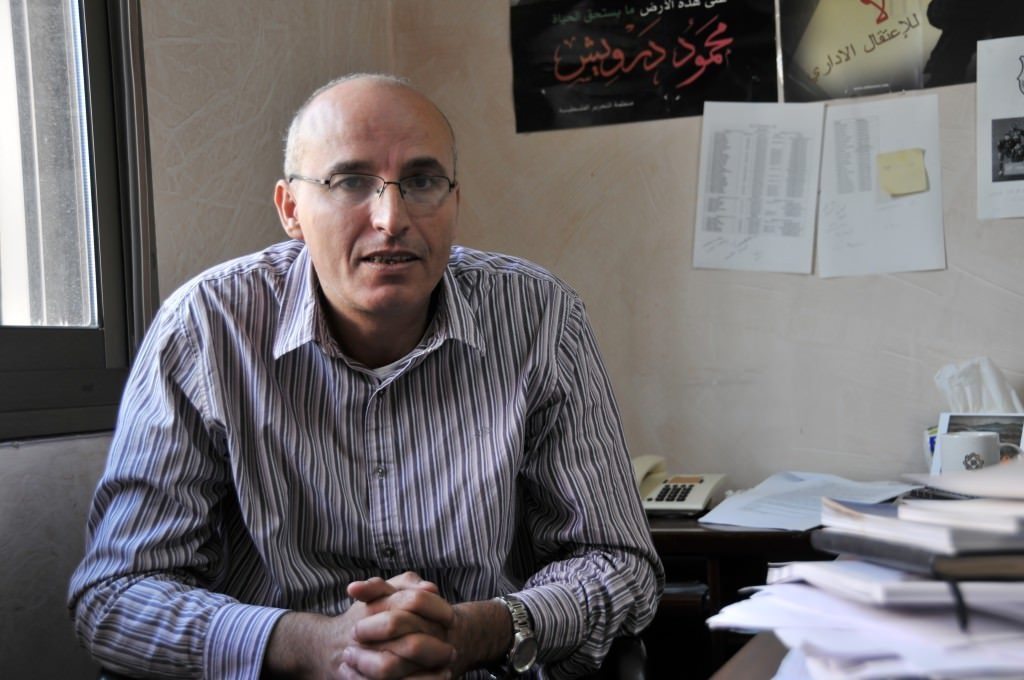 At the Defense for Children International Office, Ramallah, Palestine

We Ate Some Pastries in Ramallah Palestine 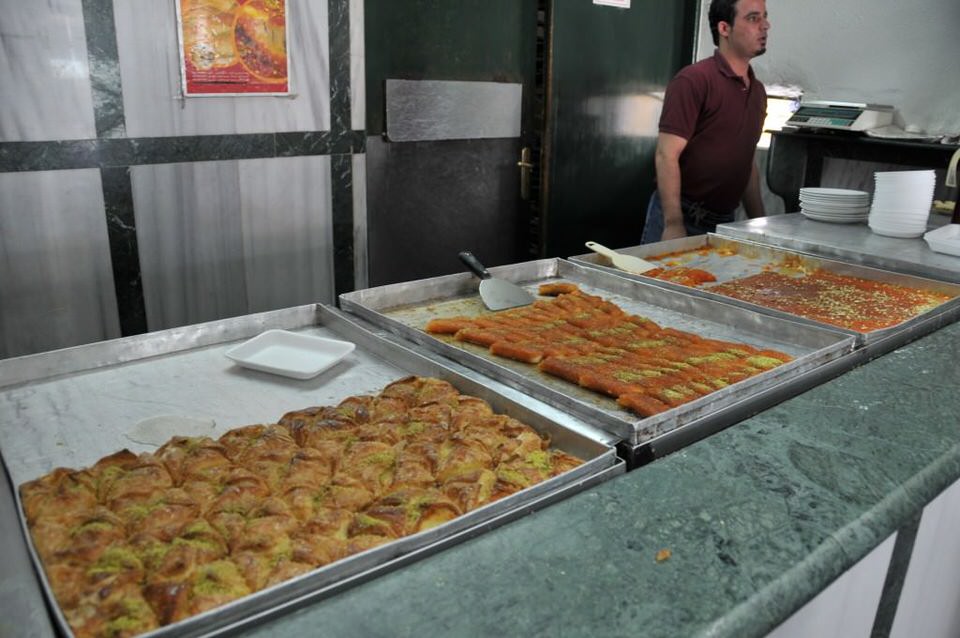 Next, we stopped at Al-Amari Camp, a refugee camp for Palestinians. I always thought a refugee camp would look temporary, very unsettled, but the Al-Amari Camp was very organized and like an apartment community. It seemed like a tenement or government housing. 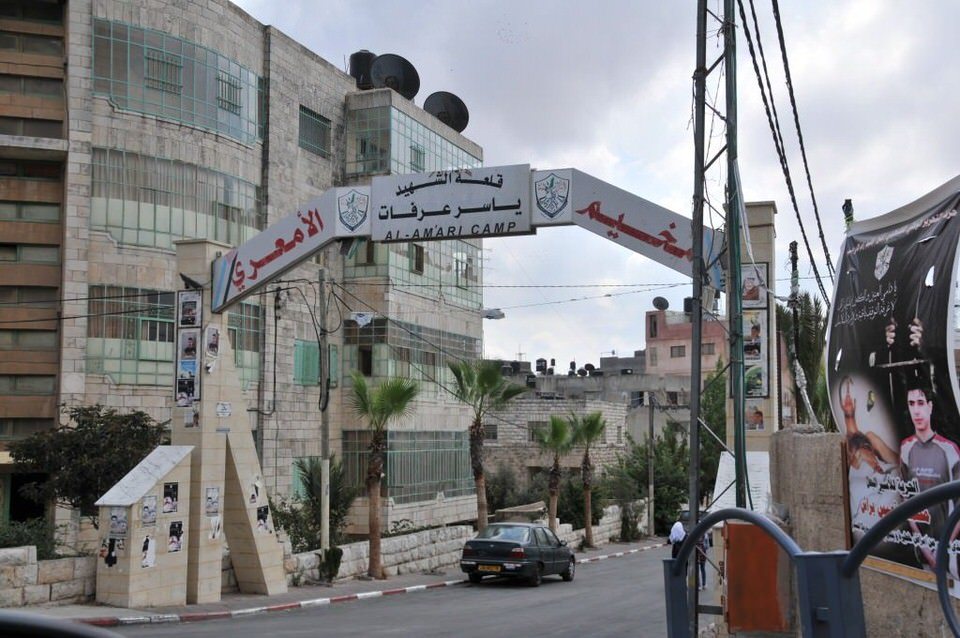 The traffic was terrible in the city of Ramallah Palestine. It doesn’t matter what time it is or where you’re going; massive traffic jams were constant. 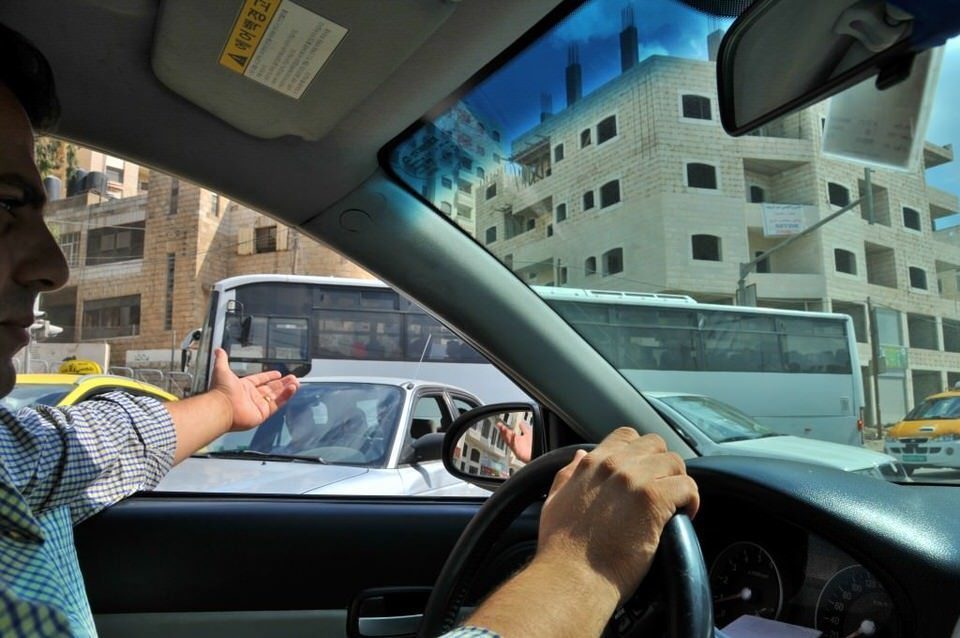 Going to Ramallah might not be for every solo female traveler, but a visit to Ramallah Palestine is paramount to understand the Israeli-Palestinian conflicts. Ask questions, visit the sites, and learn about the people. Get a good guide like Elias.