Top Travel Tips for Cave of the Patriarchs & Abraham's Tomb 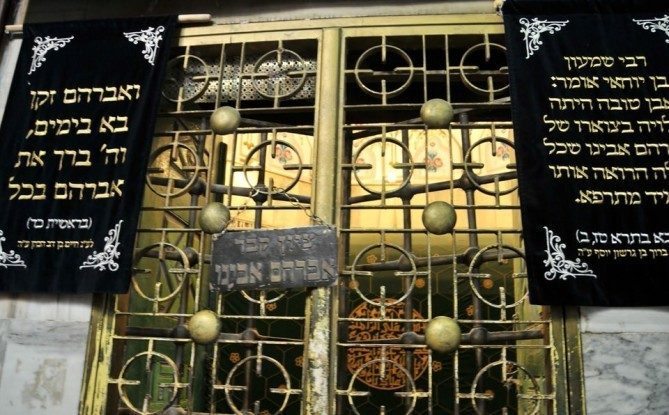 See Tombs of the Patriarchs and the Cave of Machpelah

THE JEWISH ENTRANCE TOMB OF THE PATRIARCHS

Giving you the full experience, I want to share more photos. These are from the Jewish entrance to the Tombs of the Patriarchs and the Cave of Machpelah. The Cave of Machpelah is the actual burial place for the three couples. Nowadays, Rachel isn’t buried here. She is now buried in the Tomb of Rachel in Israel which is on the other side of the Wall. Palestine is where Abraham intended to bury the three couples. The Jewish guarded entrance is different from the Muslim entrance. Let me show you how it is different.

Tombs of the Patriarchs and the Cave of Machpelah

All the pictures were taken with permission from the soldiers.

Hopefully, this post shows the Jewish perspective of this Holy place.

This side of the Tombs of the Patriarchs and the Cave of Machpelah was secured by Israeli soldiers while Palestinian guards secured the Muslim entrance. 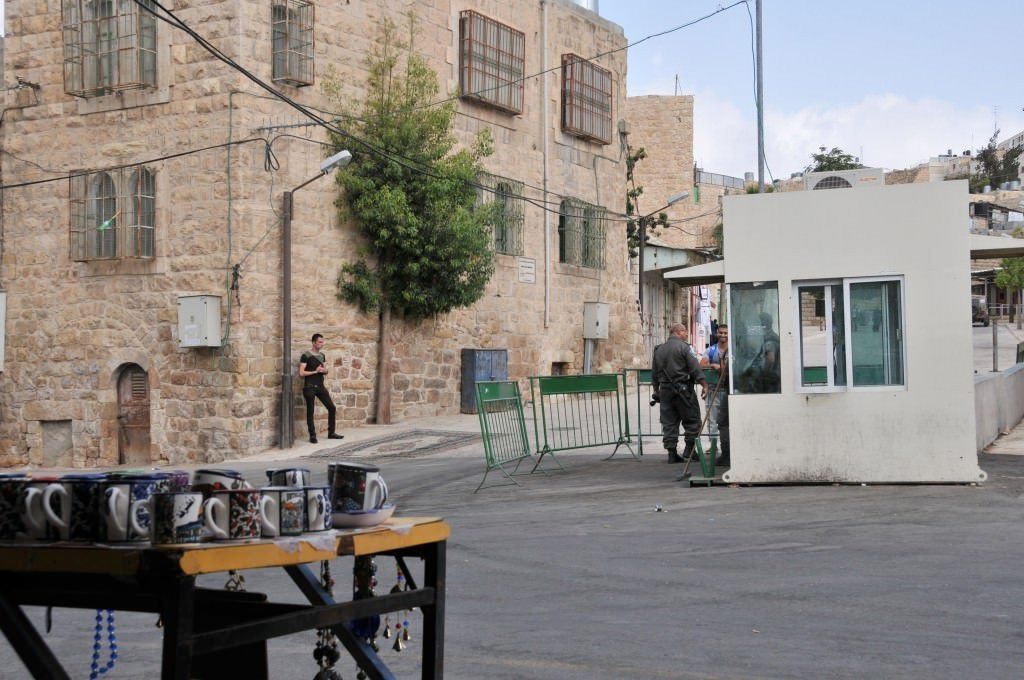 We chatted with the soldiers for a while. Casually they spoke English and seemed pretty chilled-out, unlike the earlier soldiers I saw on the #24 bus. They asked me where I was from. They told me about their service which was almost over and that they looked forward to civilian life. 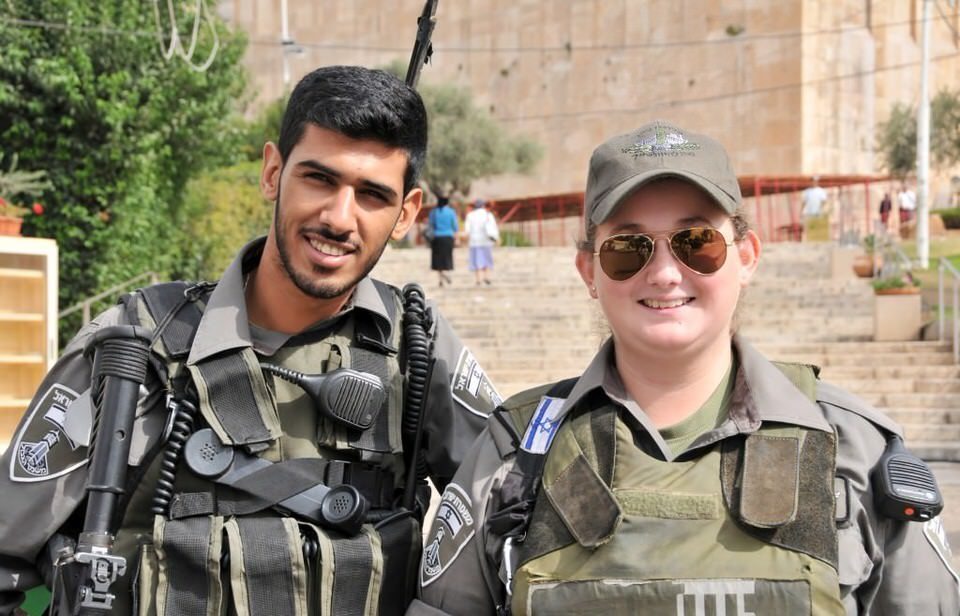 Tombs of the Patriarchs and the Cave of Machpelah 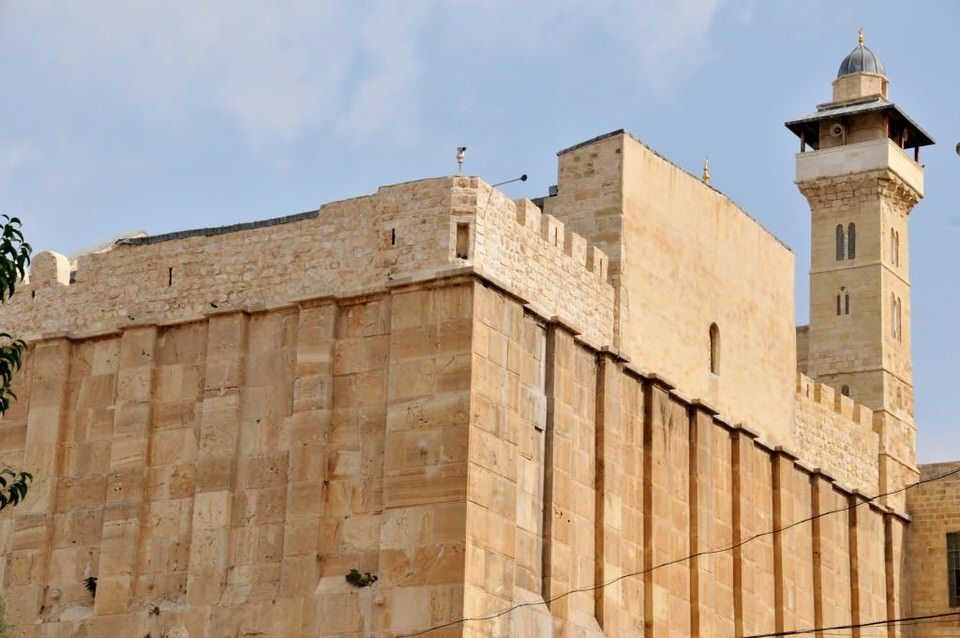 Inside – Tombs of the Patriarchs and the Cave of Machpelah

Inside there is a hallway that leads to a Jewish study area. Behind the screens are men and women studying the Torah. The men and women don’t study together, each study in their own area separated by a screen. Tombs of the Patriarchs and the Cave of Machpelah are considered sacred pray sites. This site is sacred because it is the holy burial site of Abraham, Sarah and their sons and wives.  I understand that this area is the second most popular Jewish prayer and religious study site. The first sacred prayer and study for Jews is the Wailing Wall in Jerusalem.

The Tombs of the Patriarchs and the Cave of Machpelah are Holy for both Jews and Muslims. Jewish people believe their prayers are heard here, from their lips to God’s ears. 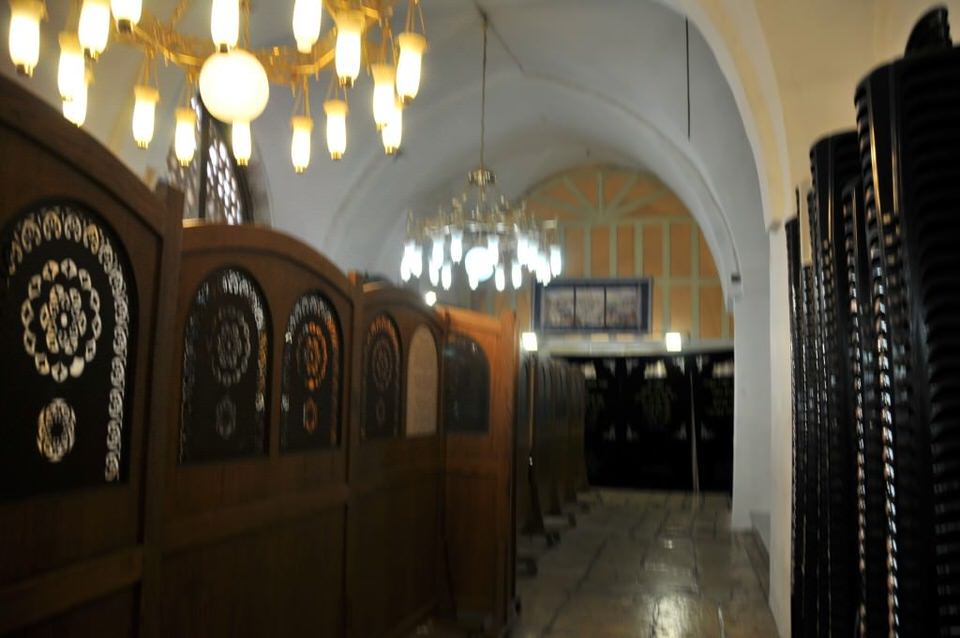 As I walked further into the sanctuary, I saw the Tombs again, now from the Jewish side of the shrine. From this view of the Tombs I can only them through the metal screens or grates. The tombs aren’t approachable like they are on the Muslim side. 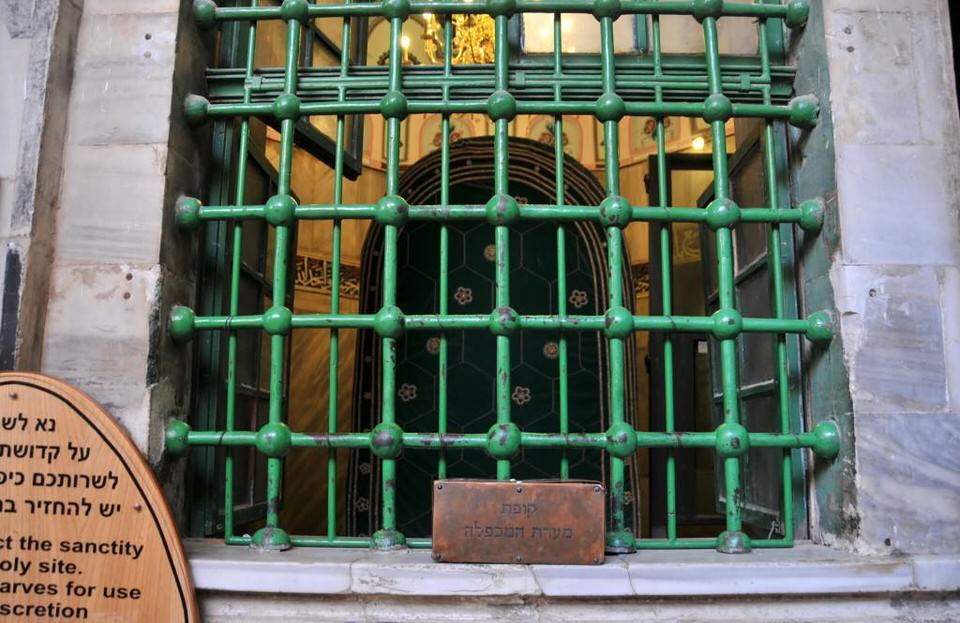 There is another study area. On this morning, I could hear soft prayers from the Jewish men rocking and praying. The study area isn’t crowded, but it is still early/ It is before noon.  The room is spotlessly clean. In comparison, the Muslim side which is very dusty. 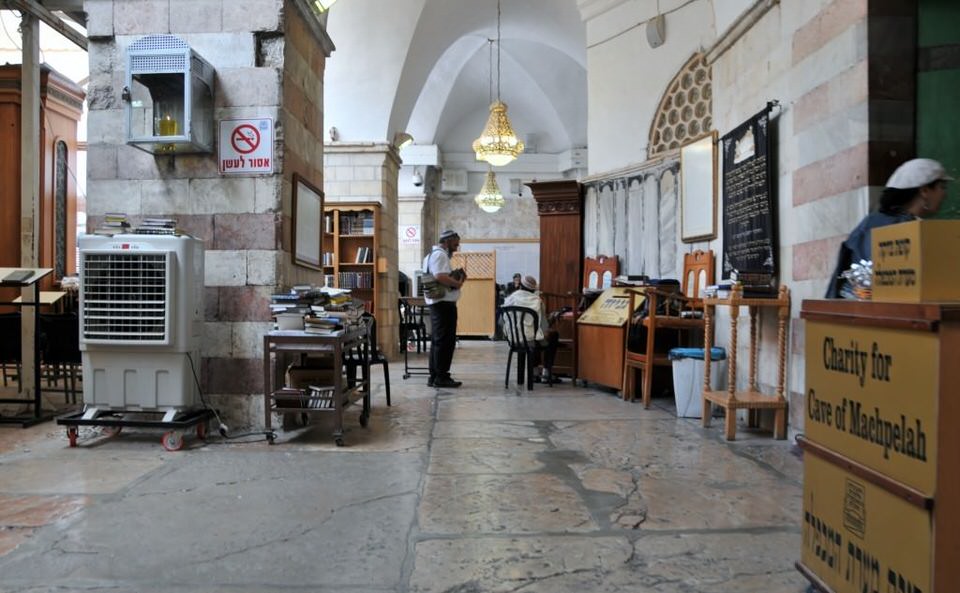 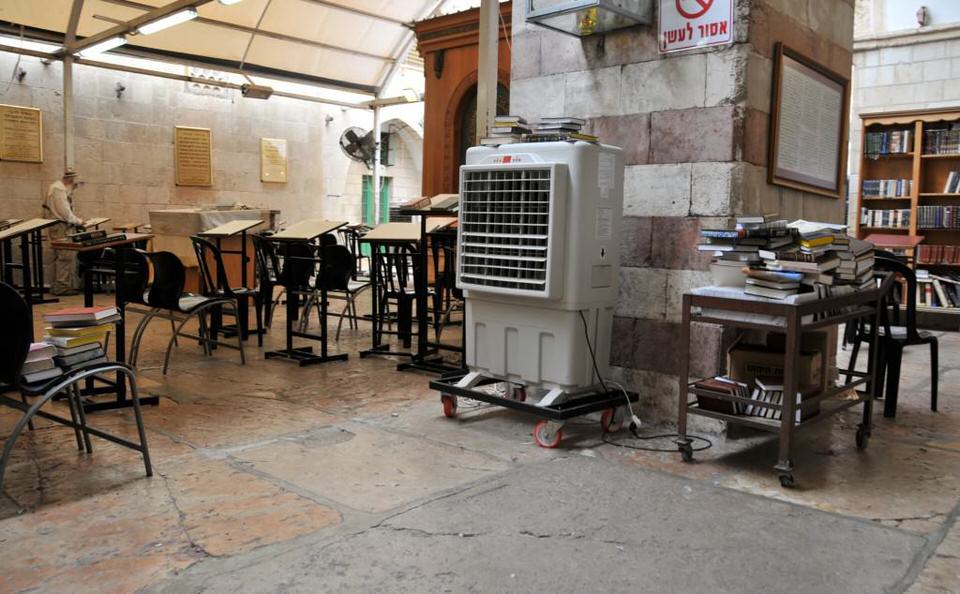 The men pray facing in the direction of the Tombs. They read softly rocking while deep in prayer, studying and concentrating. 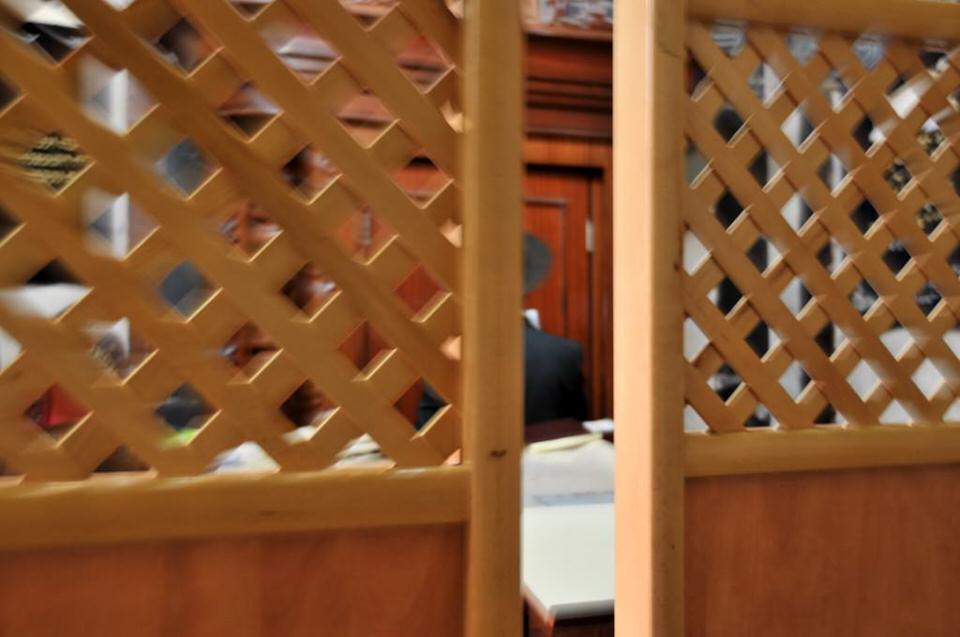 Look through the metal window. See the Muslim side is fully accessible. 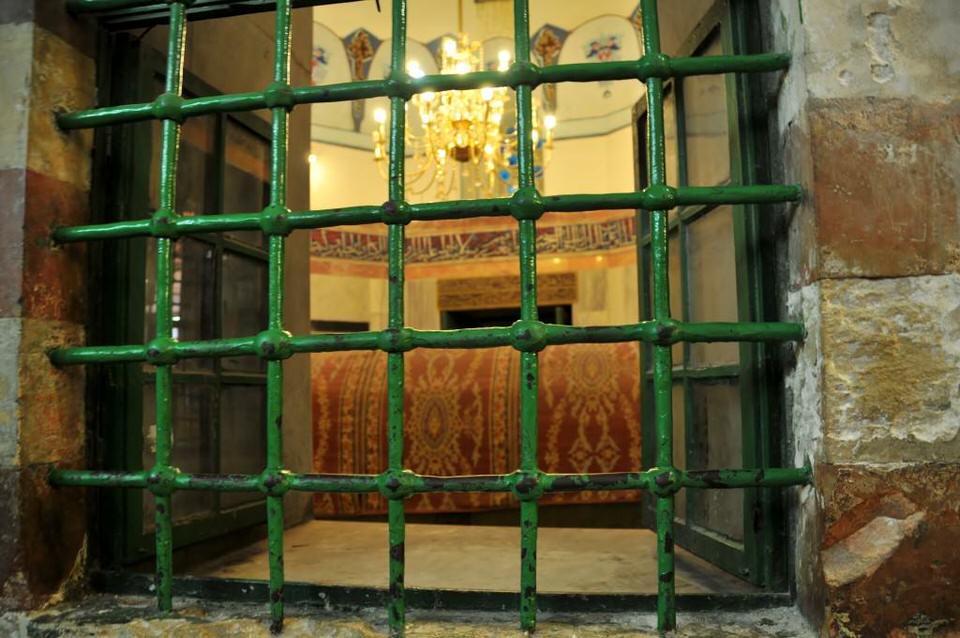 On the rooftop of the Cave of Machpelah

This is a great spot talking photos of Hebron, the Tomb of the Patriarchs 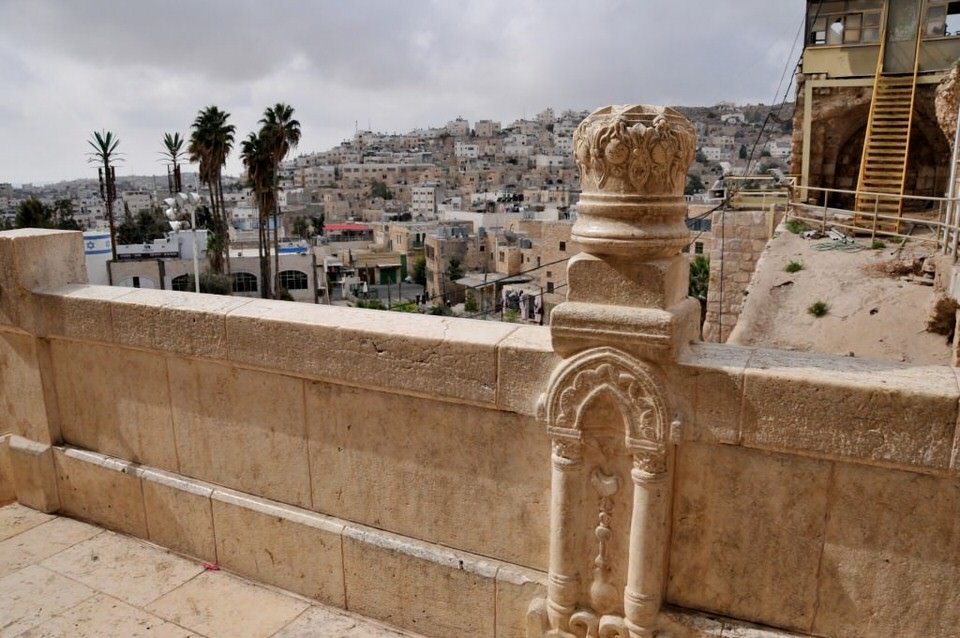 When I left, I exited through red security turnstiles into a prayer area. Jewish people were studying and praying. The woman in the photo studies and prays as she sits in the garden – the actual Cave of Machpelah is in the hills above this prayer area. 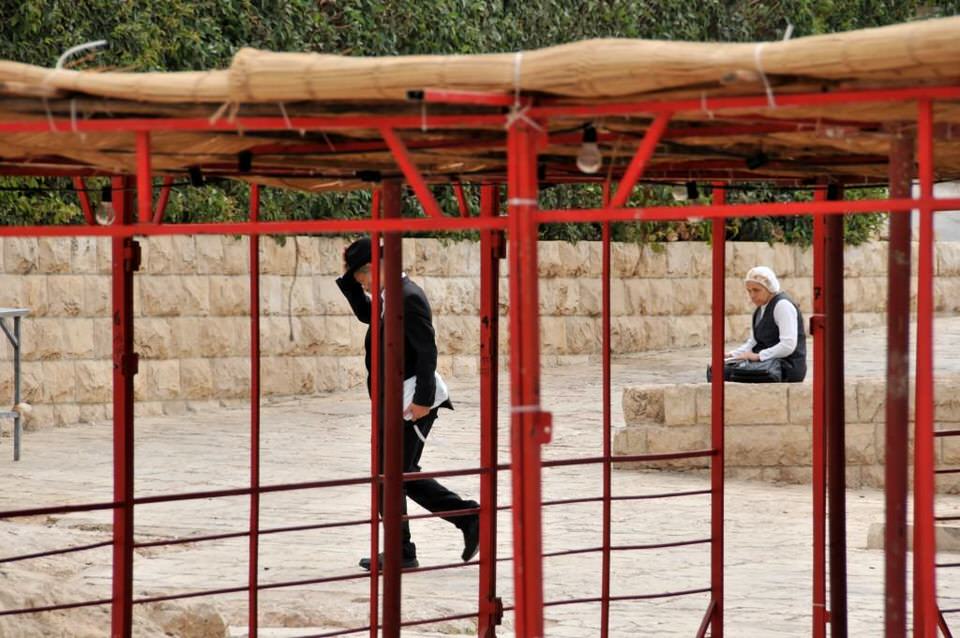 People Believe This is the Caves of Machpelah 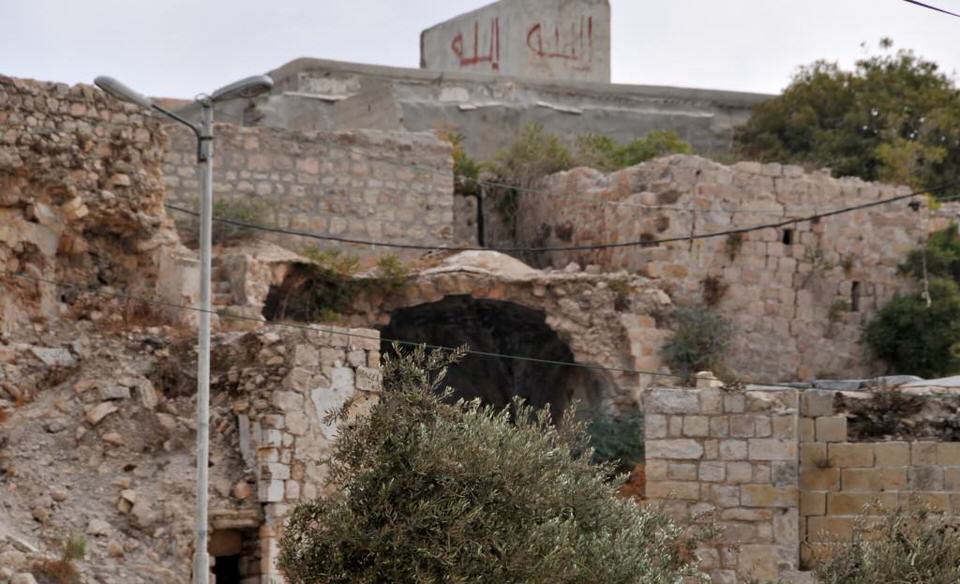 View from the Prayer Garden 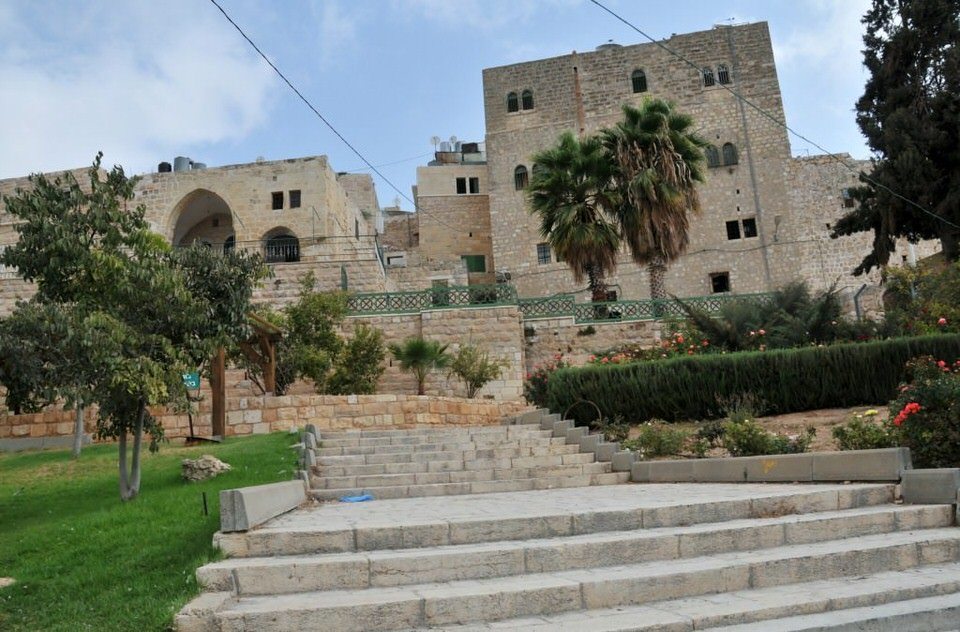 I took a moment before walking on with my tour guide Elias from Grace Tours.