Why 2017 Best Airline is Delta Airlines - My African Safari Exit 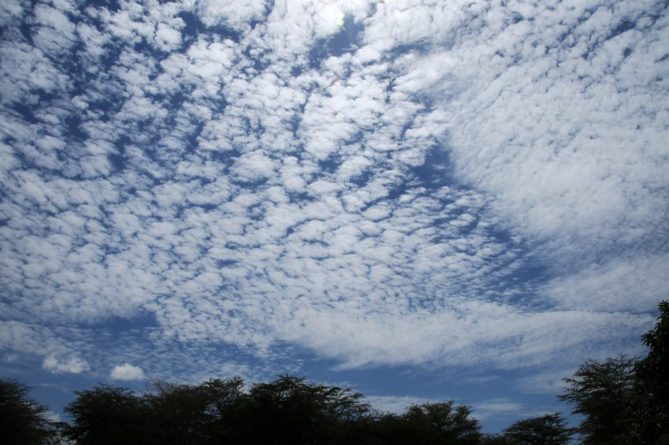 On my first day in Africa, I twisted my ankle before I even left my hotel. My foot was severely injured. Here is how my foot looked. Within 24 hours I had bruising and terrible pain. The only medicine I had was Tylenol. Bouncing in a jeep every day for hours was only making it worse. My friend Jennifer took these pictures. She didn’t want me to forget the experience. I can promise you. I will never forget what happened.

HOW TO GET HOME?

Eventually, on the fifth day of the trip, I went to the hotel manager and told him I was upset because I was hurt and my tour company wasn’t taking care of me. I demanded to see a doctor. About four hours later a Bushman midwife showed up at my hotel door. She looked at my injury – and did something. The next thing I knew, I was like the girl in the Exorcist movie – I was levitating off the bed.

Carried out of the hotel by one of the guests, put in a car. Finally, the guide drove me to the airport where I crawled into a six-passenger plane. I asked where I was going. The reply from the guide was back to Arusha. Arusha’s airport is one of the most dangerous towns and airports. From there I was somehow expected to go back to the hotel where I was initially hurt.

WHY I LOVE DELTA AIRLINES AND AMERICAN EXPRESS

On the six -seat passenger airplane was a tourist couple from Denver heading to one destination past Arusha, a woman who was a member of the University of Pittsburg faculty, and a travel agent with a broken ankle. We made a great cast of misfits.

Now, remember this was the first tour I had ever been on and my first trip to Africa. Unfortunately, the tour group wasn’t helpful. The travel agent with the broken ankle left the plane and screamed at my guide. She said, “You aren’t dumping this woman at the Arusha airport.” We I heard that comment, the faculty woman told me, “Don’t worry I am getting off there I will stay with you.”

Next, the tourist woman from Denver wrote me a prayer. She said, “Don’t worry, read the prayer. You are going to make it home.”

I read the prayer many times!

COULD ANYONE HELP ME?

The faculty woman’s name was Anna. I will never forget her. She requested the tour group send a driver to meet us at the airport. At her request when the tour driver arrived he took us to about a half dozen hospitals. No one would take me as a patient. Finally, at the seventh hospital or clinic, one doctor said he would see me the following day. I couldn’t believe a Dr wouldn’t see me.

Since no doctor saw me, she came to my hotel room to help me, and that is when she went into action. Anna used her Skype account on her cell phone and called my airline which was Delta Airlines and American Express. She was looking for a way home for me. I am so grateful for Anna. Also, I am forever grateful for Delta and American Express, because I didn’t know if Delta could come to my rescue.

Anna told Delta Airlines what had happened. She explained that I had to get out the next day. We gave them my account information and told them to put it on my American Express card. My account information was on my file. The call got disconnected. Anna got the hotel phone number and then called American Express. We told Amex about my trouble and that Delta needed to get me out on the next flight leaving from Kilimanjaro Airport. We gave them my name, the hotel and room number to get a callback and the call dropped again. It was about 11:30 at night. Anna said it was time for her to go home. She would be back in the morning to take me to the doctor. She took a taxi home, and she wouldn’t let me pay for her cab home.

At 2:00 in the morning, American Express called for Delta and told me I was on the next flight out to Seattle. Delta and American Express somehow got me back to the USA – I have no idea how! The lady on the other end of the phone told me to go to the airport and pick up a ticket for the next flight out. I was more than grateful, more than grateful.

Anna was back early the next day to see that I was ok. She asked the hotel to get the tour company’s driver again. The tour companies driver took me to a hospital. The hospital took an x-ray. I went to the doctor’s office. Instead, of giving me medical advice, he tried to convert me to his religion. Not great timing on his part. Then the doctor asked for $100.00 for me to leave. One hundred dollars lighter – I was heading back to Kilimanjaro airport.

Anna asked the driver to take me to the airport, where I hopped to the Delta counter. Waiting in line a man came up to me. He said, “I am a nurse, from Norway.” The nurse said sit down. “You look like you are going to faint.” As I looked at him, I was about to faint. He was right about that. He held on to me until I got to the counter. When I got to the ticket counter, my plan Delta ticket was waiting for me. The kind nurse found me a wheelchair.  That night, I boarded the plane from the food elevator.  While everyone was resting, I crawled to the head, elated to be going home. That is when I saw little bruises going up my leg. My pictures of my foot are below. Luckily, the nurse was on my flight, and he watched after me. We got off in Amsterdam and went our separate ways. I made it back to Seattle and my doctor. I stayed in bed for the next six weeks and later had two surgeries.

After four months I had surgery. My friend Julie Lynn helped me through this whole mess. Here is how it looked.

Today, December 2016, I had, I hope, my last surgery to fix the problem. I can walk in a shoe now without pain. I am very thankful for the excellent customer service delivered by Delta Airlines and American Express, the kindness of strangers and most of all for Anna. She is my friend for life and still on my Skype account. Anna, I love you, I love Delta and American Express.

I am all better now. I know Delta and the people of Delta will support me when I travel. My situation was very strange and rare occurrence. I wouldn’t expect this treatment from anyone. But, when I needed help, a real person at Delta made a personal decision to come to my rescue. When you see those ads on Delta that say it’s all about our crew and your safety-Delta means it!

I am forever thankful for Delta’s great staff. They made the right choice for me and a commitment to me and lived up to it. Even if my ticket may cost more, it’s worth it, because now Delta is my first choice. Now, I only use American Express. I don’t shop where merchants don’t carry it. I even dropped my Costco membership because they stopped taking American Express.

Above you can see my foot at home recovering. I got better after weeks of healing. Now, I always try to fly Delta because of Delta’s exceptional treatment and their outstanding staff.

THANKS, DELTA AND AMERICAN EXPRESS!

Update: January 2017 we will publish the whole story Kate in Africa. Sign up for alerts to read more about my African Safari